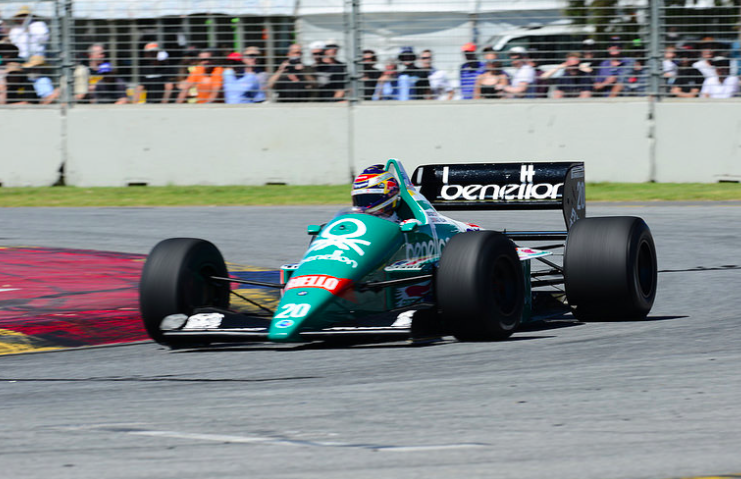 A pair of vintage Formula 1 cars will cut demonstration laps to add to the on-track entertainment at this weekend’s inaugural OTR SuperSprint.

The Bend Motorsport Park has confirmed to Speedcafe.com that a Benetton B186 raced by Gerhard Berger and an ex-Christian Fittipaldi Footwork Arrows will entertain the crowds as part of a bumper entertainment program.

Organisers expect Former Dunlop Super2 Series driver Josh Kean to pilot the Benetton BMW which in its day produced a monstrous 1400 horse power when it raced in the 1986 F1 world championship. 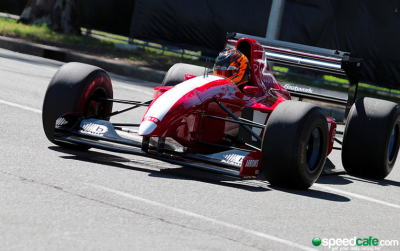 The Footwork Arrows Dean Canto is set to drive

Meanwhile, Tickford Racing co-driver Dean Canto is set to jump behind the wheel of the 1994 Footwork Arrows FA15, which is powered by a Ford Cosworth V8 engine.

It is understood that Kean and Canto will cut demonstration laps of the facility’s 3.41km West circuit, which uses three quarters of the International 4.95km layout used by Supercars.

For Canto, the opportunity to drive a Formula 1 car is a boyhood dream having skipped the open wheel pathway on his way to a career in touring cars.

“Josh had asked me to drive one of the Formula 1 cars at the Adelaide Motorsport Festival last year but I was working for Audi at the time but he said he would keep me in mind if another opportunity came up,” Canto told Speedcafe.com.

“It is not every day you get to drive an F1 car so it’s pretty cool.

“The Footwork is not a really old thing so it is still reasonable in terms of technology and downforce. It will be interesting.

“It is a bit of childhood dream and racing in Formula 1 was given up a long time ago. Now 30 years since I started racing go karts I get to have a crack.

“I went straight from go karts to production cars so the most downforce I’ve driven is a GT car so I will imagine this will blow my mind a little bit.”

Demos are expected to take on Friday, Saturday and Sunday.