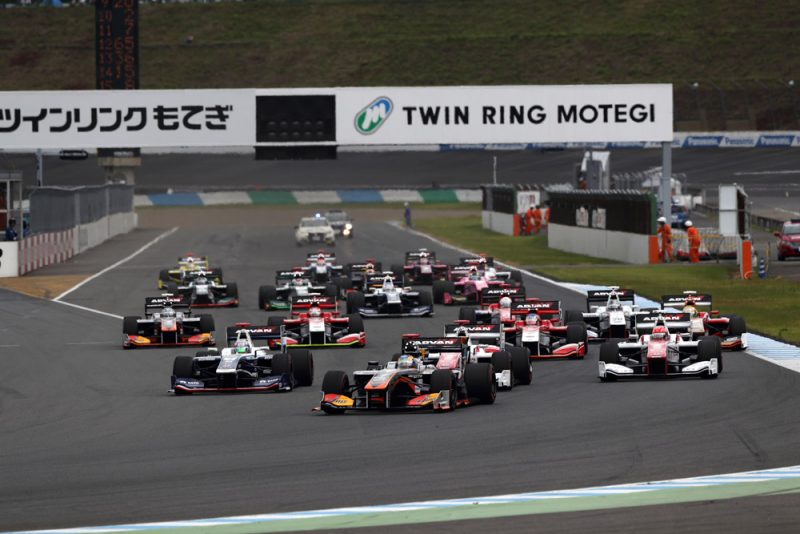 It sees Cassidy move three points clear at the top of the standings, and means he now leads both of the country’s leading motorsport series as he also tops the Super GT series standings.

Qualifying fifth, he dropped to 11th in the opening laps after opting to start on the medium rather than soft compound tyres.

Ishiura lost out at the start, but reclaimed the lead following his pit stop to head Hirakawa to the chequered flag.

Super Formula’s next event will be hold on September 8-9 at the Okayama International Circuit. 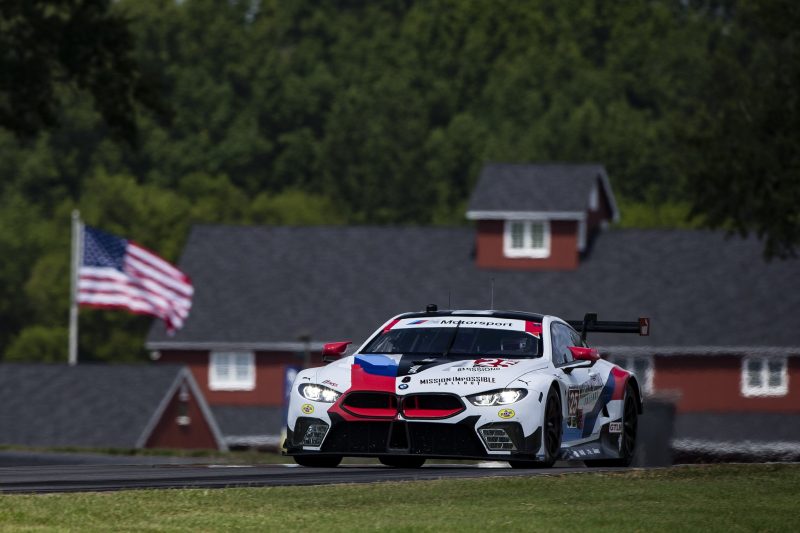 Sims brought the #25 BMW Team RLL entry home to a 1.3s win over the #3 Corvette Racing C7.R of Jan Magnussen and Antonio Garcia.

The Brit was forced to serve a drive-through penalty for contact with a lower-classed car in the second hour of the race, but Sims managed to emerge from the final pit stop sequence out front and held off Magnussen to the end.

It marks the first win for the all-new M8 in worldwide competition, as its sister #100 car of Jesse Krohn and John Edwards made it a double podium for the German manufacturer in third.

Australian Ryan Briscoe and co-driver Richard Westbrook came home seventh after the pole-sitting #67 Ford GT suffered a clutch issue in the opening hour of the race.

Kiwi Earl Bamber and Laurens Vanthoor claimed fifth in the #912 Porsche 911 RSR after suffering a puncture from contact in the early stages.

Lexus claimed GTD class honours in the GT-only race, with Dominik Baumann holding on to the win for he and co-driver Kyle Marcelli.

Patrick Long prevailed in a last lap duel between him and Katherine Legge, as the pair rounded out the GTD podium in their Porsche and Acura respectively.

Magnussen/Garcia now top the GTLM standings ahead of the next race at Laguna Seca from September 7-9. 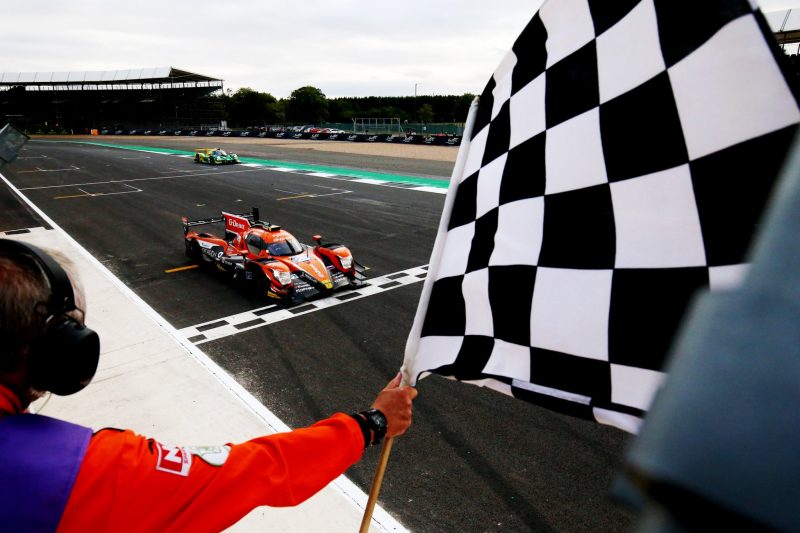 It was the #26 G-Drive Racing entry which secured its third consecutive ELMS win at the 4H Silverstone pic: ELMS Twitter

A pass at the Vale left-hander on LMP2 pole-sitter Julien Canal in Hour 2 put Rusinov into the lead, with his co-drivers ultimately bringing the #26 home for the win by over a lap.

JMW Motorsport were victorious in the GTE class despite being hit with 10-second penalty.

The JMW Ferrari 488, driven by Miguel Molina, Liam Griffin and Alex MacDowall needed to finish 10 seconds ahead of the second place Proton Competition Porsche in order to seal the win.

However, Matteo Cairoli crossed the line just outside that threshold in the Porsche, enabling JMW to narrowly grab the win by 0.126s.

Countryman Alex Davison, who was on double duty in the WEC and ELMS over the course of the weekend, grabbed fifth in the LMGTE class in the Gulf Racing Porsche.

The European Le Mans Series heads to Spa-Francorchamps next for its penultimate round of 2018 from September 22-23. 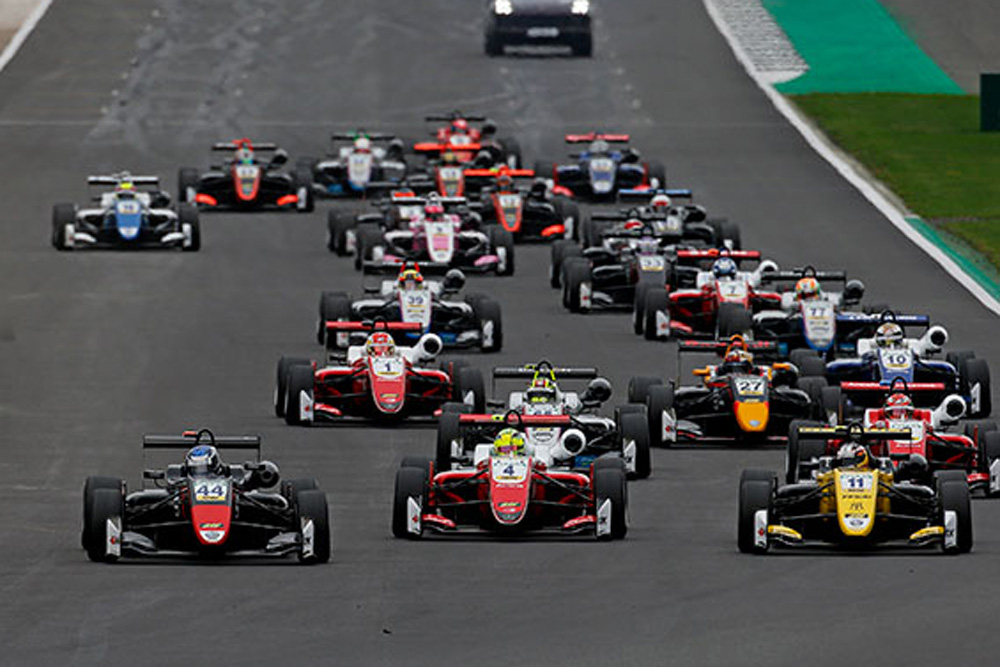 British racer Ticktum claimed the opening race of the weekend, and moved to the head of the championship standings, leading home Sacha Fenestraz, and Enaam Ahmed.

Ticktum then slipped with eighth in Race 2 as Mick Schumacher scored his second European F3 victory.

The German started from second before heading the race throughout to win from Vips and Jonathan Aberdein, who recorded his first podium in the category.

Vips then claimed the final race of the weekend from Fenestraz and Aberdein, with Ticktum extending his points advantage despite finishing just sixth.

It’s a quick turn around for the championship which is back in action this weekend at Misano in Italy (August 25-26). 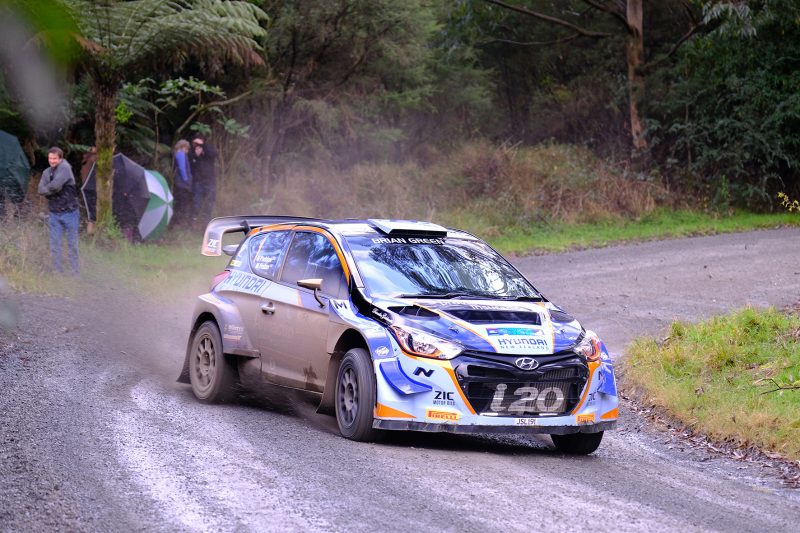 Hayden Paddon has won the 2018 Brian Green Property Group New Zealand Rally Championship with a round to spare after fighting back from turbo problems to win the Hyundai New Zealand Gold Rush Rally of Coromandel.

Paddon topped the first two stages to lead by 70 seconds before his Hyundai i20 AP4 blew the turbo hose, dropping him to third after Special Stage 3.

Repairs during the midday service saw the World Rally Championship driver back on top on stage and overall through SS4 and SS5 before the issue reared its head again.

Paddon nevertheless went on to win the final, Super Special Stage, and the event by 18.7s over Ben Hunt (Subaru WRX STI).

“It was down to the wire as we battled to get the car through with no power,” said Paddon, now a four-time New Zealand champion.

“Luckily the five stage wins throughout the day built enough of a margin for Mal (Peden, co-driver) and I to hold on for the rally win.

“It is obviously great to wrap it up, but it was a pretty difficult day. To keep blowing the turbo hoses off on three stages was frustrating, so we had to work for it.”

Paddon’s next event is the next WRC round in Turkey on September 13-16, while the NZRC wraps up with Hyundai Raglan Rally of the Coast on October 13.