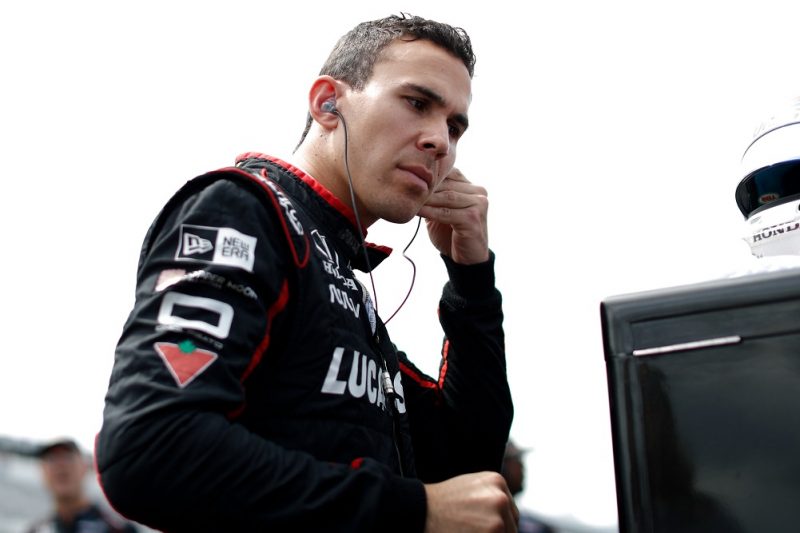 The team provided an update in the late hours of Sunday (local time) after Wickens triggered a horror crash on Lap 7 of the ABC Supply 500 at Pocono Raceway.

The Canadian caught the left-rear corner of Ryan Hunter-Reay’s Andretti Autosport entry at Turn 2, spinning Car #28, which then served as a launch for his own #6 IndyCar.

Wickens flew into the catch fencing, which violently flung his car around, but landed upright.

The rookie was “awake and alert” when conveyed to the circuit medical centre according to IndyCar, before being airlifted to Lehigh Valley Hospital-Cedar Crest.

SPM has since provided further clarity regarding Wickens’ injuries.

“Schmidt Peterson Motorsports driver Robert Wickens is being treated for injuries to his lower extremities, right arm and spine following an incident in the ABC Supply 500 at Pocono Raceway,” read the statement.

“He has also sustained a pulmonary contusion.

“He will undergo an MRI and probable surgery at Lehigh Valley Hospital-Cedar Crest.

“Further updates on his condition will be provided when available.”

Three other drivers were caught up in the incident, namely Wickens’ team-mate James Hinchcliffe, Takuma Sato, and Pietro Fittipaldi, the latter of whom had returned from injury only one race earlier after a sickening shunt in a World Endurance Championship qualifying session at Spa in May.

“I’m obviously a little sore from the impact but I’m 100 percent, no broken bones, thankfully,” said Fittipaldi shortly after the accident.

All three, plus Hunter-Reay, were also checked at the medical centre and cleared to drive, although none ultimately took the restart.

Alexander Rossi dominated the race while Will Power and series leader Scott Dixon rounded out the top three.

Former DTM driver Wickens, who was enjoying an impressive rookie season highlighted by a pole and near-win in the season opener at St Petersburg, remains sixth in the standings for the time being.

Previous Story Penske confirms Power to stay on for 2019