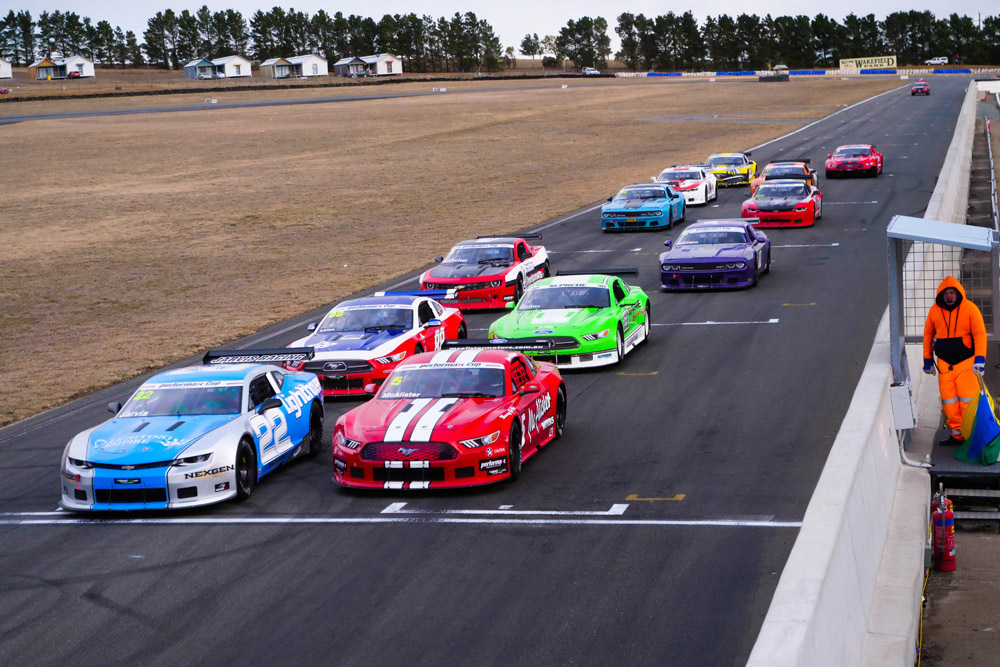 Two wins from Ashley Jarvis have seen the Queenslander clinch the round and reclaim the lead in the Performax TA2 Muscle Car Series at Wakefield Park.

Jarvis took two wins on Sunday after escaping an opening lap shunt at the start of Race 3 which claimed title rivals Russell Wright and Hugh McAllister.

The trio made contact at Turn 2 on the opening lap, leaving McAllister an instant retirement while Wright was able to rejoin several laps down.

Race 1 winner Aaron Seton moved into the lead as a result of the clash but quickly fell victim to debris, allowing Jarvis to reclaim top spot followed by Ian McAllister and Seton.

Cameron Sendall had crossed the line second, but received a post-race penalty for a restart infringement that dropped him to ninth.

Jarvis then held his nerve in the final race of the weekend to see off a charging Seton, who was closing in on the race leader at more than a second a lap, to take his second win of the day, with Chad Cotton rounding out the podium.

On Saturday, Seton dominated the opening race to win the 10-lap encounter by 17 seconds from Jarvis with Hugh McAllister in third.

The race began behind the Safety Car after Michael Kulig spun at Turn 2 on the out lap, and Peter Robinson suffered a throttle issue at Turn 8.

Seton also won the second race of the weekend, a five second penalty demoted Russell Wright out of third to make for an identical podium to Race 1.

With two wins across the weekend Jarvis claimed the round, and how holds a slender three point advantage in the championship with two rounds remaining.

The TA2 Muscle Car Series returns to Queensland Raceway for its next round on September 14-16.