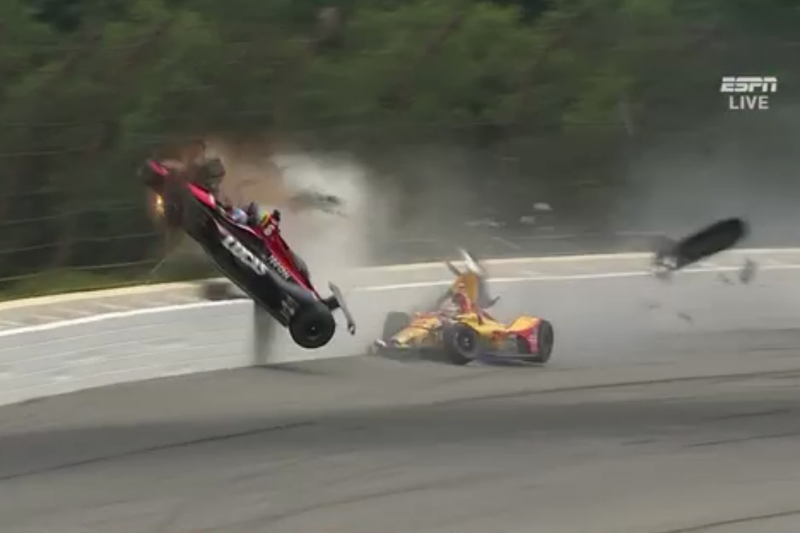 The ABC Supply 500 at Pocono has just resumed from a suspension of over an hour and a half after Robert Wickens launched into the catch fencing.

VIDEO of the incident

Wickens tagged Ryan Hunter-Reay at Turn 2 on Lap 7 of the race and ran over the #28 Andretti Autosport Honda as Hunter-Reay spun.

The Canadian’s #6 Schmidt Peterson Motorsports Honda flew into the catch fencing before being flung back onto the track.

Wickens’ car remained upright and he was “awake and alert” when taken to the circuit’s medical centre according to an IndyCar spokesperson.

Fittipaldi hit Hinchcliffe as the field arrived on the scene while Sato ran into the wall.

All three, plus Hunter-Reay, removed themselves from their wrecks. 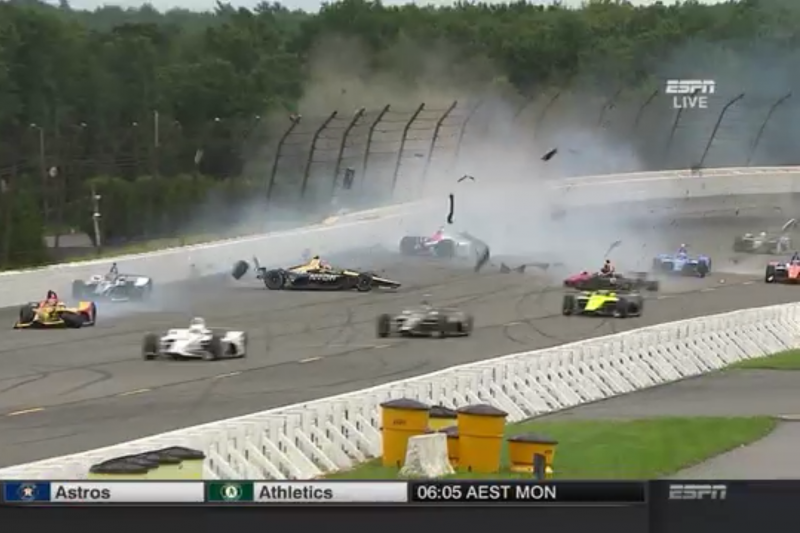 Wickens spins back onto the track pic: ESPN 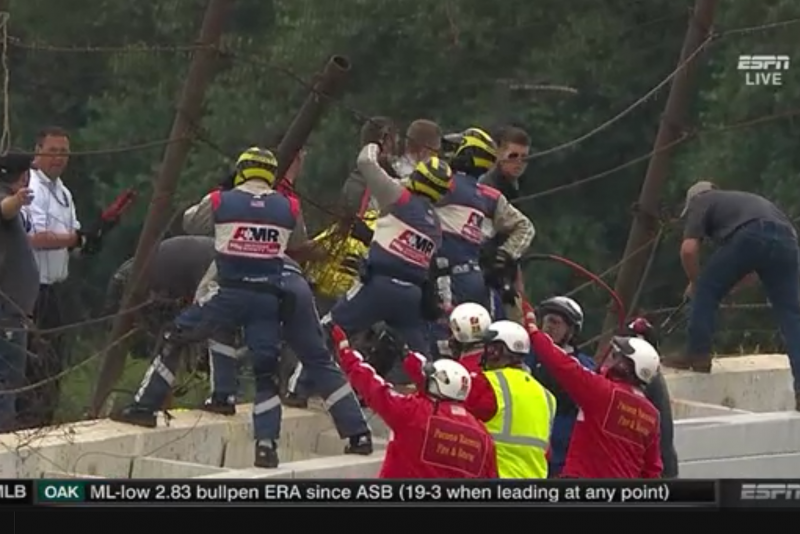