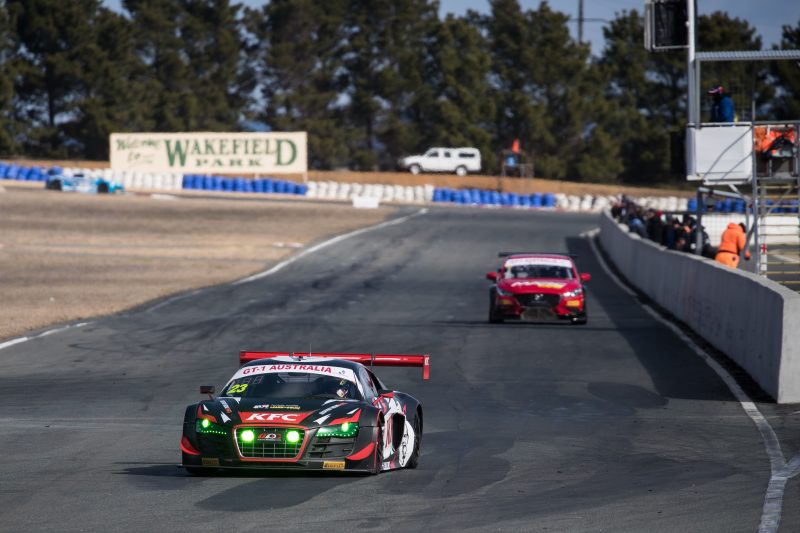 Rio Nugara and John Goodacre shared spoils in GT-1 Australia at Round 4 of the Australian Motor Racing Series at Wakefield Park, while Matt Stoupas recored Audi’s first overall round win in the competition.

Nugara benefitted from a shorter pit stop time in Race 1, emerging in the lead when the entire field pitted for their compulsory stop under a Code 60 intervention.

That came when Steve McLaughlan’s Audi and the MARC car of Geoff Taunton stopped on track.

In Race 2, Goodacre drove from the rear of the field to take the win ahead of Taunton and Camilleri.

Stoupas sealed the round win by finishing fourth as Salmon crossed the line fifth. 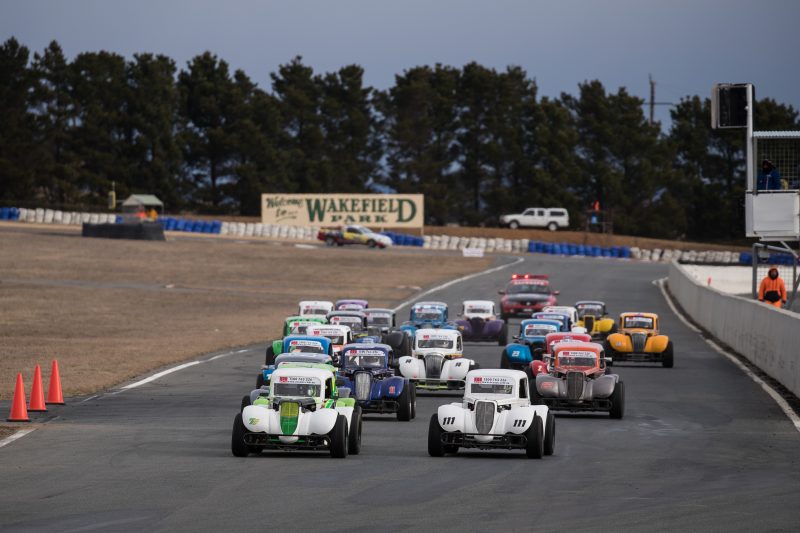 James Burge scored three of the five Legend Cars race wins on offer over the course of the weekend to take out the round win.

Brendon Hourigan grabbed a breakthrough win in a wet opening race from Burge and Ben Jagger.

Burge had been leading, following spins for Zane Morse and Jagger, but Hourigan muscled his way into the lead late in the race.

Going one better in Race 2, series leader Burge managed to take out the win from Morse and Stephen Chilby after Hourigan dropped off the road.

In greasy conditions, Morse was victorious in Race 3, but Burge re-asserted himself, winning the final two races and extend his points advantage.

Morse finished second in the latter two encounters, while Rick Christy, Jagger and Hourigan shuffled third spot across the day. 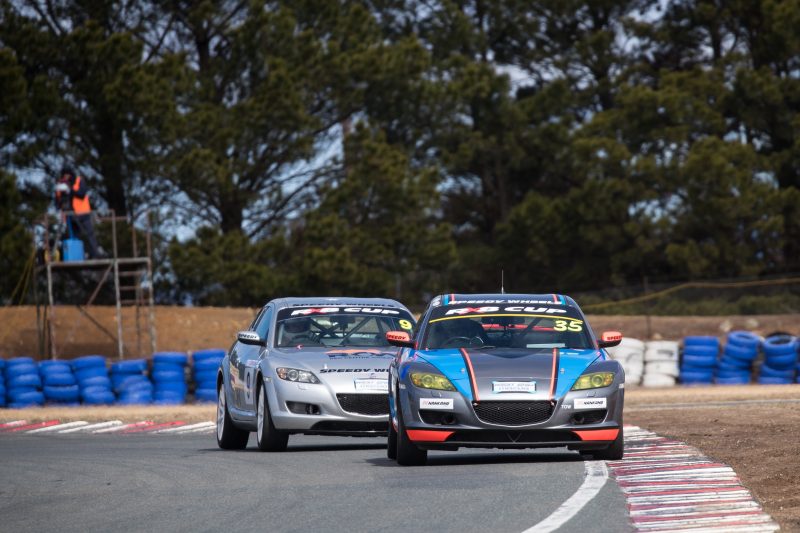 Will Harris and Ric Shaw doubled up in the Mazda RX8 Cup, taking two race wins apiece of the four on offer.

Harris managed to break Shaw’s eight-race streak in the opening hit out, assuming the lead when pole-sitter Stephen McLaine dropped off the road in slippery conditions.

Shaw brought his car home second ahead of Nick Dunkley in third.

A clean start off the front row of the grid in Race 2 gifted Shaw the lead, maintaining the top spot to the flag to finish in front of McLaine and Harris.

Harris made a switch-back pass on Shaw in Race 3 to secure the win, with Aaron Prosser third, but Shaw led every lap in Race 4 to claim the race and round win after a good start.

Prosser charged to second as Harris settled for the final spot on the podium. 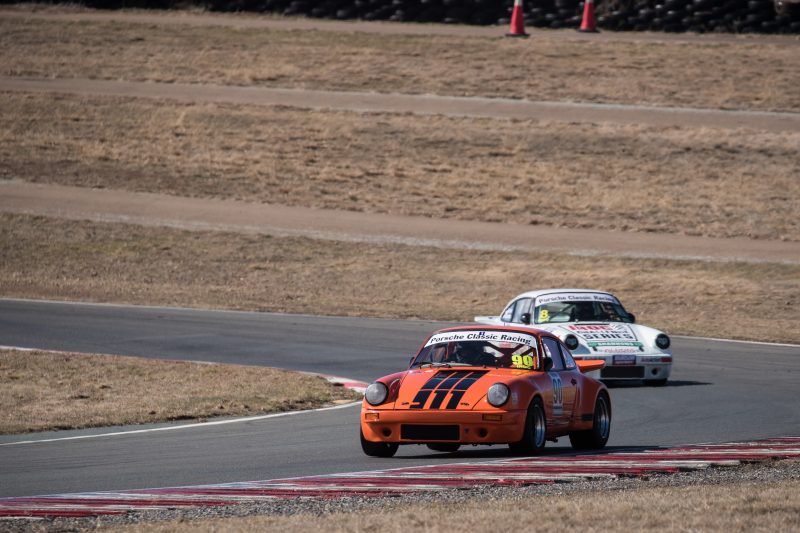 The Melbourne driver held off Terry Knight in a wet Race 1, before taking a more comfortable win in Race 2 over Knight.

Keene and Lachlan Harburg were third in Races 1 and 2 respectively. 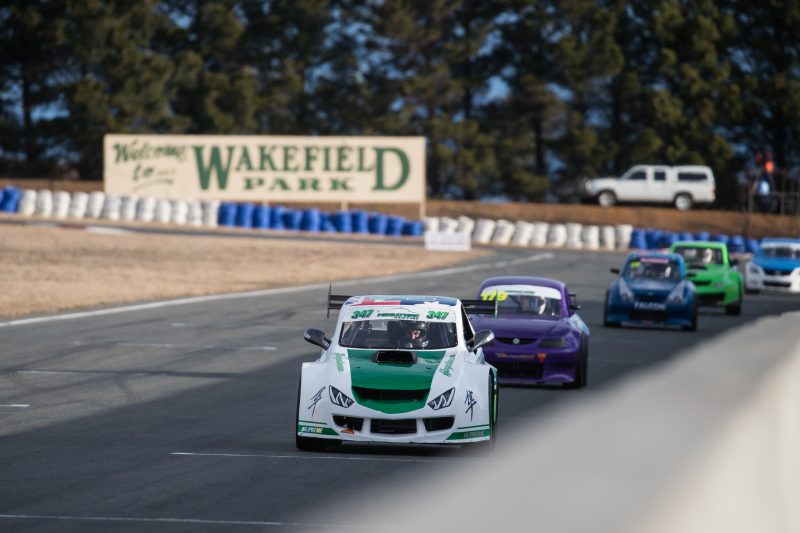 McWhite’s performance means he has now taken over the top spot in the standings.

The battle for second was akin to musical chairs, with Garry Roberts, Peter Griffiths, Brad Lemon and Jeff Davy all finishing in the runners up position across the weekend.

Lemon was third in the first two races and the final hit out, while Griffiths grabbed third in Race 3 when Lemon took home a second place finish. 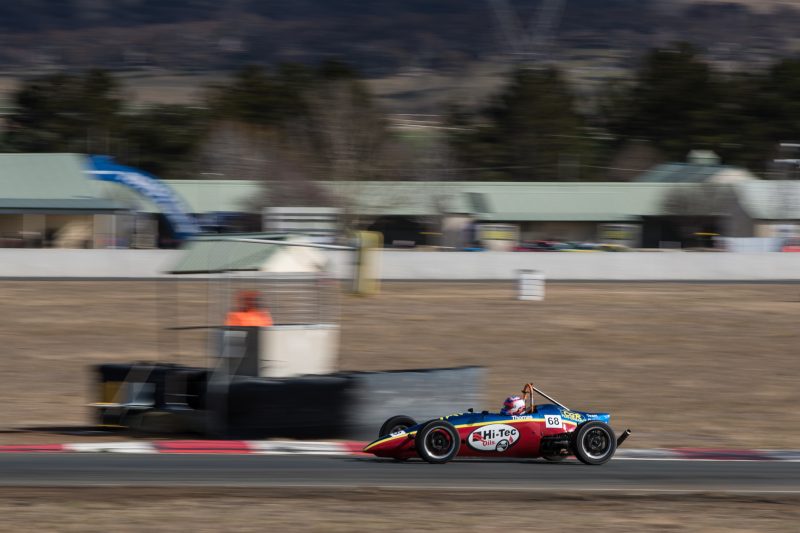 Despite a handful of off-track excursions on Sunday, Thomas edged out Geoff Bennett, with Craig Hendrick and Garry Hook each taking a third placing. 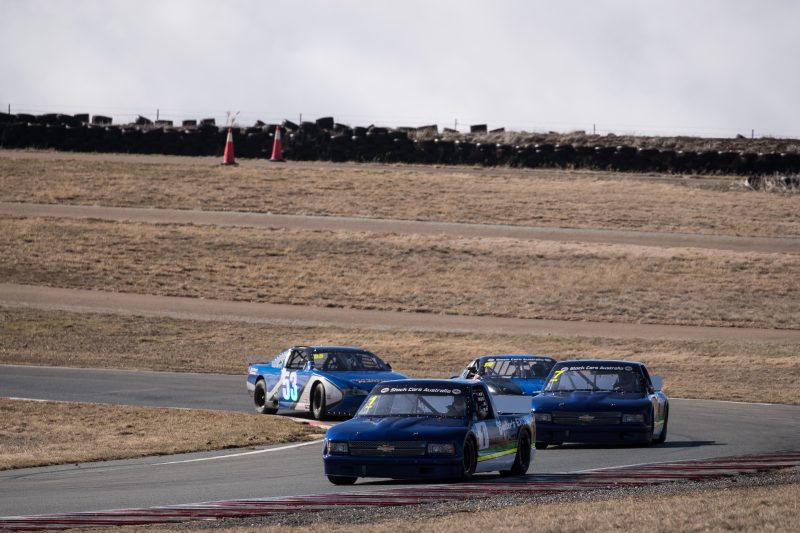 Michael Coulter clean-swept the Stock Cars round ahead of his father Steve pic: Insyde Media

Michael Coulter was victorious outright in the combined category, taking out all four races in the Stock Cars class to secure the round win.

Richard Mork added three more wins to his tally in the Aussie Racing Utes, after Wayne Williams bettered him in Race 3.

Clint Henderson and Williams exchanged second and third spot for much of the weekend.