Tanak in control of Rally Germany

Tanak in control of Rally Germany 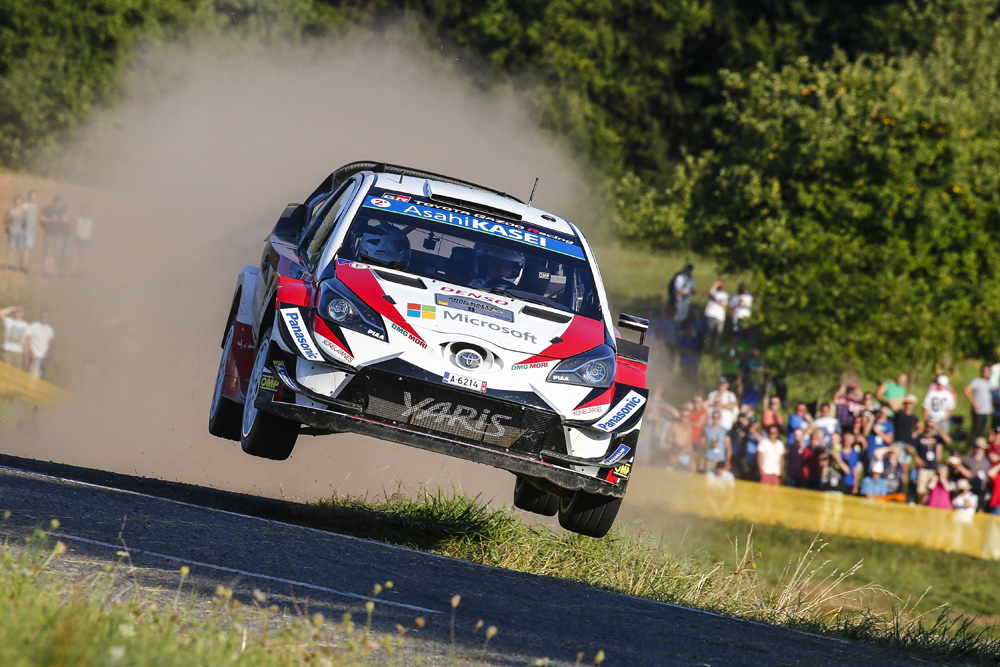 Unlike Friday, Tanak failed to win a stage throughout Saturday’s competitive running, but benefited from the misfortunes of others to extend his advantage.

“This morning it wasn’t easy, because I had to get used to driving on different types of road in this car for the first time, and I needed to push hard because it was a really close fight,” said Tanak.

“In the afternoon my feeling was much better and I was enjoying it a lot.

“The changes we made during lunchtime service were a good step in the right direction and the car is really comfortable to drive.

“Now we have a big gap behind us and there are some nice stages tomorrow, so the most important thing will be just to enjoy it.”

Tanak had come under pressure from Sebastien Ogier, the Frenchman suffering a puncture on Special Stage 13 and dropping more than a minute and a half in the process.

Though the Ford driver went on to win the next stage, the 2017 World Rally Champion ended the day seventh at almost two minutes to the rally leader.

The pair are split by just 0.8s with Sunday’s three special stages remaining.

In fourth is Theirry Neuville, some eight seconds off the podium fight, followed by Esapekka Lappi in fifth, and Andreas Mikkelsen sixth.

The final day’s action in Germany will see two runs through the 29.07km Grafschaft stage, before ending the event on the 14km Bosenberg stage.