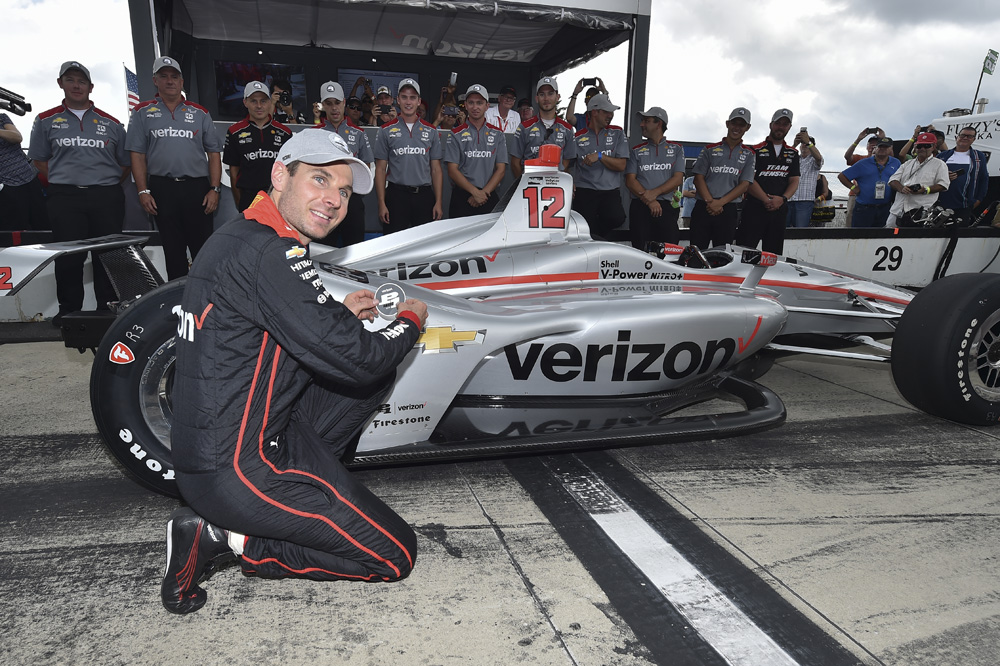 Australian Will Power has claimed a record equaling pole position ahead of this weekend’s IndyCar Series race at Pocono.

The Penske driver recorded his 53rd pole position, a total that sees him draw level with IndyCar legend AJ Foyt.

“I never thought I’d be up in that sort of company,” Power said.

“To be next to AJ Foyt’s name, I wouldn’t have expected that when I started my career. So amazing!”

Power set a two lap average at over 219.5mph around the 2.5-mile triangle, logging a time of 1:22.0006 to claim pole by more than a quarter of a second over Josef Newgarden.

It makes for an all-Penske front row while series leader Scott Dixon will start only 13th.

Alexander Rossi and Ryan Hunter-Reay will line up on the second row, with Simon Pagenaud and Robert Wickens completing row three.