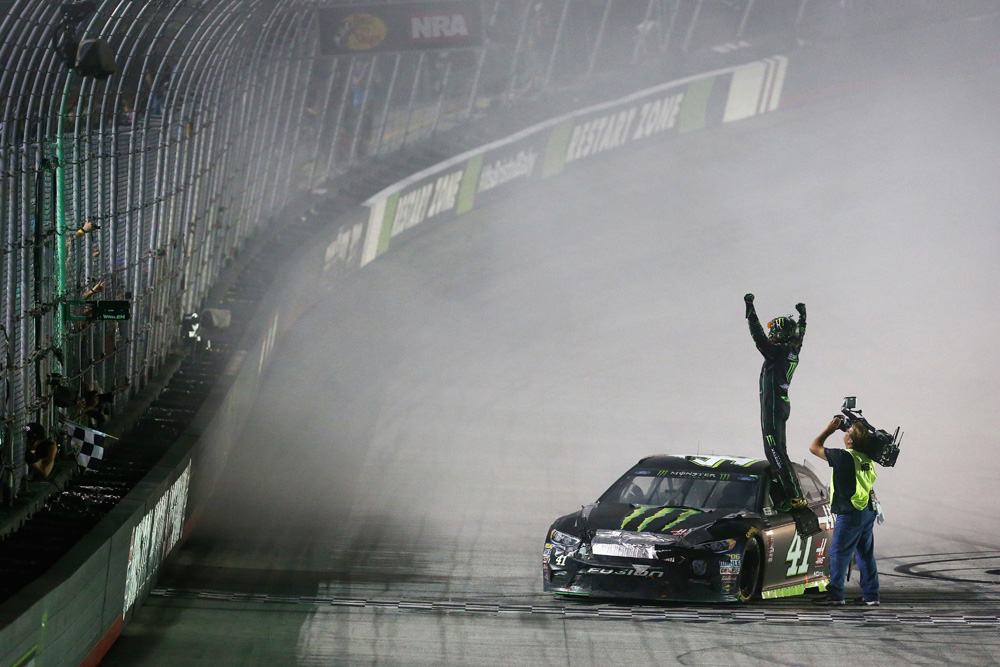 Kurt Busch has won NASCAR’s Saturday night race at the Bristol Motor Speedway to book his place in the series’ play-offs.

Busch moved into the lead at the restart on lap 478, moving by Clint Bowyer following a spin for Brad Keselowski.

Bowyer chose the outside lane at the restart, with Busch able to get the jump and seize the lead as the field headed down the back stretch.

Another restart saw Bowyer demoted behind Kyle Larson just 10 laps later, though even he couldn’t keep pace with Busch out front.

The victory confirmed Busch’s position in NASCAR’s post-season, while Larson, Keselowski, and Ryan Blaney were also confirmed as a result of insurmountable points totals.

Kyle Busch had a remarkable race following a wreck on Lap 2, and was running inside the Top 5 in the closing stages of the race before a cut tyre dropped him back down the order.

Having worked his way back onto the lead lap, contact with Martin Truex saw the second placed runner spin on the front straight, suffering extensive damage in the process.

Busch then had his own spin with 19 laps to run after contact with Chris Buescher which left him with a damaged tyre.

Earlier, the opening stage went to Blaney, with Joey Logano heading the field as the chequered flag came out for the second stage.