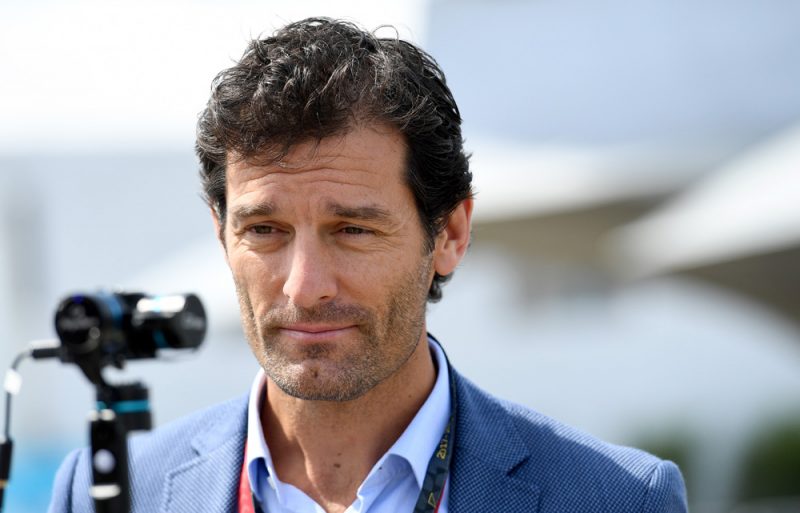 Mark Webber believes a Formula E race in Australia would be ‘sensational’ and would help fans begin to accept electric cars and racing.

Formula E has been linked with hosting a round in Australia, with both Adelaide and Sydney touted as possible locations, despite there currently being no deal in place.

Webber though is in favour of a race, suggesting it would help address the resistance to electric vehicles in Australia.

“We are a huge country but obviously our numbers are very, very small in terms of in population and road users,” Webber told Speedcafe.com.

“So where this technology, and where this acceptance for this new technology, is kind of well advanced in other parts of the world, it’s probably going to take a time to be educated and accepted in Australia.

“I think a racing weekend to really jam it under people’s nose and show you what these manufacturers are doing, and to see how quick the cars are and how it all sort of operates as a weekend, would be sensational in Australia. I’d be stoked to have it down there.”

Webber also believes that there is no escaping the emergence of electric vehicles, with Formula E a good indication of the industry’s future.

“It’s hard to ignore, but all the OEMS are there, so that’s normally a reasonable indicator of where the manufacturers like to try and showcase some of their technology, or need to be in that genre let’s say,” he said.

“So I think in the next 18 months it’s going to take another big step again in terms of how serious people are taking it, because from a commercial and marketing side that’s not in question.

“And you can’t question the calibre of the drivers either, I mean it’s an unbelievable high level of drivers, and there’s no pay drivers in there – everyone’s getting paid to do a pretty interesting job there,” he added.

“That’ll be the next layer, to see when the car get quicker and the racing is more, I want to say more traditional in terms of stops, or how are they going do the racing format from there.

“But in general, obviously it’s going from strength to strength and there wouldn’t think there was many people five years betting that it’s in the place where it is now.”

A brand ambassador for Porsche, which is set to enter Formula E in the 2019/20 season, Webber has kept across the German marque’s program, though says he’s not directly involved.

“The team hasn’t been put together yet to be honest,” Webber said when asked if he might become involved in the team’s management.

“The people technically are being found to put into place. But, yeah it’s all gonna be grand I think it’s still up for Porsche’s decisions.

“Depends on what the role would entail really, there are certainly different roles you could, you could look at there,” he added.

“I have a long-term agreement with Porsche, I’ve got my finger on the pulse on the Motorsport activities that we’re up to, which is great.

“But there’s GT, then it’s Formula E, so yeah, it just would depend on the role, but obviously we’ve got a lot of  handy people in there already.”