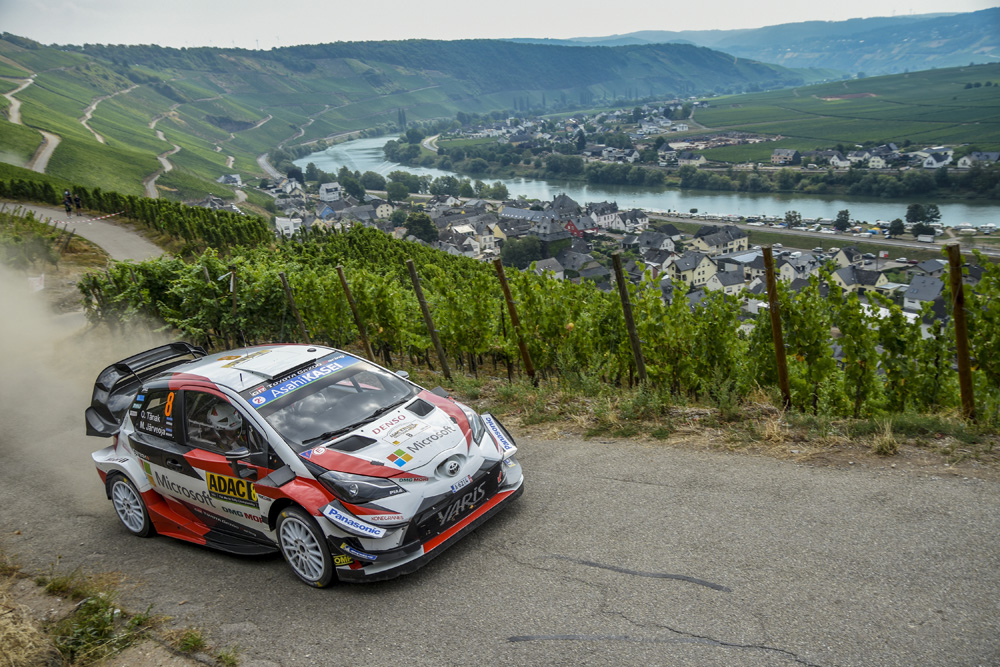 Ott Tanak has extended his lead following the first full day of competition at Rally Germany with a commanding performance.

Of those, the Estonian won five of them to end the day with a 12.3s lead over Sebastien Ogier.

“I think we have had close to a perfect day today, said Tanak.

“The driving was clean and the car was working really well. Everything was new for me, driving this car on these very specific stages, but I could adapt quickly, the rhythm was there from the first stage and I was able to push hard all day.

“This afternoon it was more difficult because it rained during lunchtime and every corner had a different level of grip, but we had a clean run with no mistakes.

“Tomorrow is a different day with more demanding stages on Baumholder, but the mindset is still the same. There is a long way to go and we just need to keep focused and keep concentrated.”

Second placed Ogier was the quickest in the morning’s first stage, before dropping nearly 13 seconds to Tanak in the remaining stages.

It left the M-Sport driver 12.3s off the lead, and 15.1s clear of Theierry Neuville in third.

Nueville suffered a minor scare when it was found to have an oil leak, though he and his Hyundai co-driver Nicolas Gilsoul were able to repair the i20 during one of the road stages without losing time.