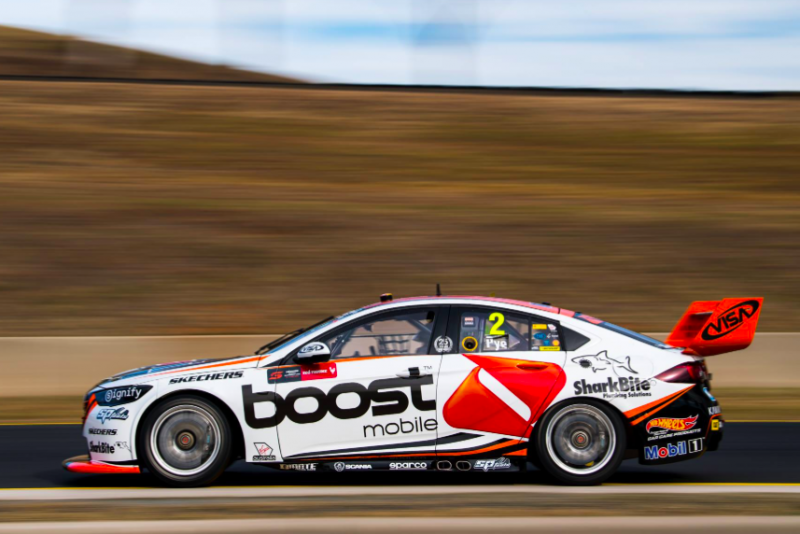 Walkinshaw Andretti United will now crunch the numbers from a productive test that offered positives from new developments, according to co-team principal Mathew Nilsson.

The Holden squad successfully completed a highly anticipated test at Winton on Tuesday that it had delayed until now to allow for the arrival of new components.

Drivers Scott Pye and James Courtney were joined by co-drivers Warren Luff and Jack Perkins for an extensive day of running for the two Mobil 1 Boost Mobile Racing ZB Commodores at the Victorian circuit.

The latest suite of upgrades has seen engineers from the team’s Melbourne base work in conjunction with staff from partners Andretti Autosport, as the pair aim to improve the squad’s fortunes for the remainder of the season.

“Every time you try new stuff there’s positives and negatives to it, so it’s just about understanding it,” Nilsson told Speedcafe.com.

“Certainly in terms of things we’ve wanted to try, we’ve been able to execute that.

“Obviously you’ve got to go through the process of reviewing data and driver comments and all those kind of things, which we’ll do over the coming period before The Bend.

“But certainly some positives to what we’ve tried and in terms of what we’re trying to find. Although we’ve still got to go through that research.

“We’ve got plenty of data and now it’s a process for the guys to go through.

“We’re fortunate we’ve actually got a reasonable amount of time for the guys to turn the cars around, and also for engineers to go through the data and analyse that (before the OTR SuperSprint).

“All the development work and testing has been aimed at improving overall package. So we’re certainly be hoping to go Tailem Bend to continue that work.”

Team co-owner Ryan Walkinshaw revealed that his operation had been working ‘crazy hours’ to prepare the new parts for Tuesday’s test.

Given the effort put in to the project, Nilsson admitted it was a proud moment to see the items hit the track.

“For sure you continue that development work up until the last chance to get things made. We sort of kept the production department under the pump to get to the test day,” he said.

“Turnaround time out of Ipswich into Sydney Motorsport Park while still working on these kind of things was tight.

“Even out of SMP it was a disappointment with how that went down for us, so to bounce back and just focus solely on recovering for test day, and to get here and have a solid day with no problems is a testament to the crew that we’ve got.”

Meanwhile, Nilsson believes the squad has a good understanding as to the cause of identical front left front suspension failures that severely hampered its cars during the Red Rooster Sydney SuperNight 300 earlier this month.

“We’ve been reviewing that. So we’ve got an understanding and will keep working through that,” Nilsson added.

“But we’ve got a good idea of what the issue was and look to rectify it.”

Walkinshaw Andretti United is set to return to Winton for its third and final test day on September 4 after next week’s OTR SuperSprint at The Bend Motorsport Park.