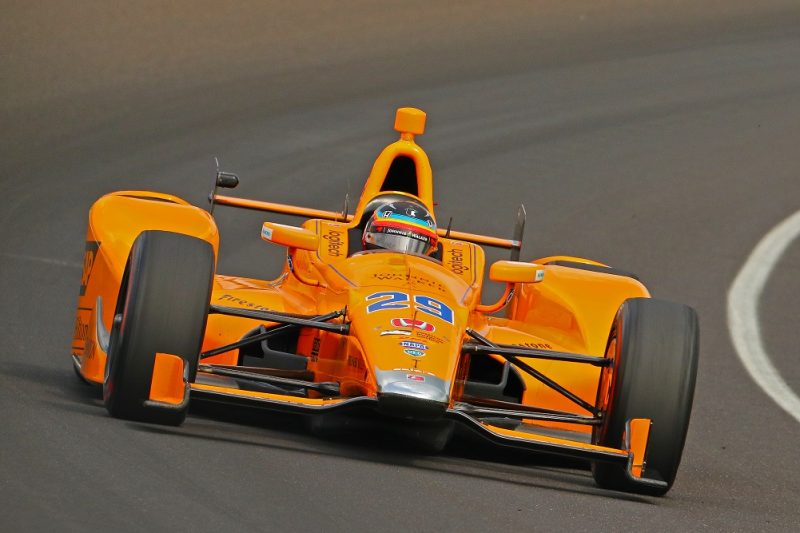 IndyCar wants McLaren and Fernanco Alonso in the series next year

IndyCar has stated that it is ‘supporting’ McLaren’s efforts to enter the series in 2019 following news that Fernando Alonso will leave Formula 1 at the end of this season.

Alonso confirmed the long-expected news that he will depart F1 overnight but did not reference retirement at any stage.

The Spaniard instead spoke of “new exciting challenges” and “new adventures” without nominating specifics.

McLaren CEO Zak Brown’s statement did not mention IndyCar but nor did it appear to rule out a return to the North American category.

Alonso and McLaren raced in last year’s Indianapolis 500 in an Andretti Autosport-prepared entry, leading 27 laps before his engine failed just over 20 laps from home while running in the top 10.

Mark Miles, the President/CEO of IndyCar’s parent Hulman & Company, has made it clear that McLaren is being courted for a full-season campaign from next year.

“Today’s announcement certainly has fuelled excitement among IndyCar fans who hope that Alonso will compete throughout the championship in 2019,” said Miles in a statement.

“McLaren is working to put all the necessary arrangements in place, and we are supporting their efforts.

“I don’t expect this to be resolved until closer to the end of this year.”

Reports from the United States suggest that another partnership with Andretti Autosport is a likely option for McLaren should it indeed join the Verizon IndyCar Series next year.

Scott Dixon was believed to be a target of McLaren’s but announced 24 hours prior to Alonso’s news that he will stay at Chip Ganassi Racing in a multi-year extension.

Alonso, meanwhile, will continue to dovetail his remaining F1 grands prix with his drive for Toyota Gazoo Racing in the 2018/19 World Endurance Championship.

The 37-year-old won the 24 Hours of Le Mans this year and, having already won the Monaco Grand Prix twice, needs only the Indianapolis 500 to complete the ‘triple crown’.

His deal with Toyota had allowed him to also enter the three races of the superseason which fall in 2019 as long as they did not clash with F1 grands prix.

Should he move to IndyCar, he would likely still have availability for those WEC races.

The Sebring 1000 miles race will take place on Friday March 15, the weekend after next year’s IndyCar event in St Petersburg.

The 6 Hours of Spa falls on the first weekend of May and would therefore likely take place a week before the IndyCar Grand Prix on Indianapolis’ road course, which has been held a fortnight prior to the 500’s late-May race day since its inception in 2014.

The WEC continues this weekend with the 6 Hours of Silverstone.