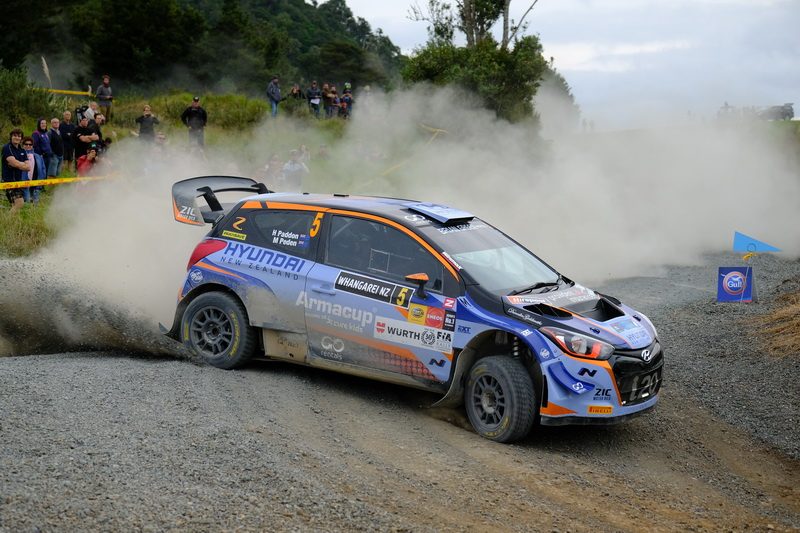 Hayden Paddon will be seeking to take out the only New Zealand Rally Championship round which he has not won before when the Gold Rush Rally of Coromandel takes place this Saturday.

Paddon holds a commanding 33-point lead in the standings despite missing Rally Canterbury due to World Rally Championship preparation.

Dani Sordo is back in the #6 Hyundai i20 WRC this weekend in Germany, meaning that Paddon will take to his AP4-spec version on the Coromandel Peninsula.

The Canterbury native has won the other three rounds of his domestic championship so far this year, but was a DNF at Coromandel last year after running off-road.

“It’s fair to say I have some unfinished business here, being the only national event we haven’t won,” said Paddon.

“It’s a unique rally in the championship. It’s certainly the most twisty with average speeds down to as low as 70km/h on some stages. This make it quite different to the fast-flowing stages that dominate our national championship.”

There will be a change in the co-driver seat for Paddon this weekend, with Malcolm Peden filling in again for John Kennard after also calling pace notes in May’s International Rally of Whangarei.

“Unfortunately, John has business commitments in Europe so it’s great to have Mal alongside us again – he’s looking forward to it too,” explained Paddon.

“As we have already done one event together this year, things should click well.”

Forecast rain prior to the rally could make for challenging conditions but weather is expected to improve for Saturday when proceedings kick off in the morning at Kennedy Bay.