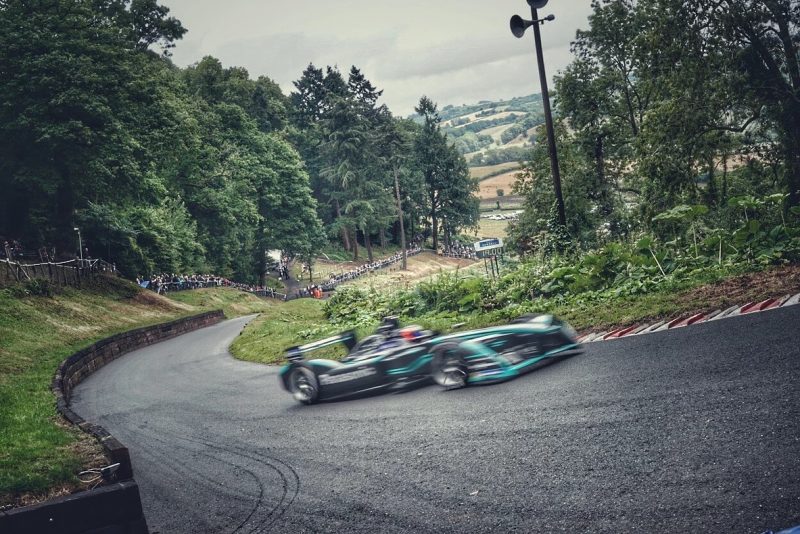 New Zealander Mitch Evans has used his Jaguar Formula E car to smash the record for an electric car in the world’s oldest hillclimb.

Driving the Jaguar I-Type 2 at the Shelsley Walsh Hill Climb in Worcestershire, Evans completed his fastest run in 30.46s.

Despite morning rain which left the track greasy, the time was 6.84s faster than the existing record for an electric car on the 1000-yard (0.91km) course which climbs 100m from start to finish.

“It was a great honour to drive the Jaguar I-Type 2 at such a historic venue, and the whole team was elated with the record time we managed to achieve,” said Evans.

“Formula E fans in the UK were incredibly welcoming, and it was great to see them so excited about the car’s debut run here.

“I’m proud to have moved the class-best result a step further towards a potential pure electric outright hill record in the future.”

The Shelsley Walsh Hill Climb began in 1905 and is the world’s oldest continuous motorsport event to have been held on its original course (except for wartime).

The outright record is 22.58s while the fastest run set in the weekend’s British Hillclimb Championship competition was 25.13s.

“In 113 years of Shelsley Walsh Hill Climb history, we have never seen a more advanced electric vehicle take to the course, so it was a thrill to see the Jaguar I-Type 2 Formula E car charge up the hill and secure a new course record under electric power,” said Antony Harper, Chairman of the Midland Automobile Club which organises the event.

Evans finished the 2018/18 Formula E season seventh in the championship with a podium in Race 2 in Hong Kong, while Panasonic Jaguar Racing was sixth of 10 in the team standings.

The 24-year-old was driving the first-generation Formula E car at Shelsley, which will be superseded when the new season begins in Riyadh, Saudi Arabia on December 16.