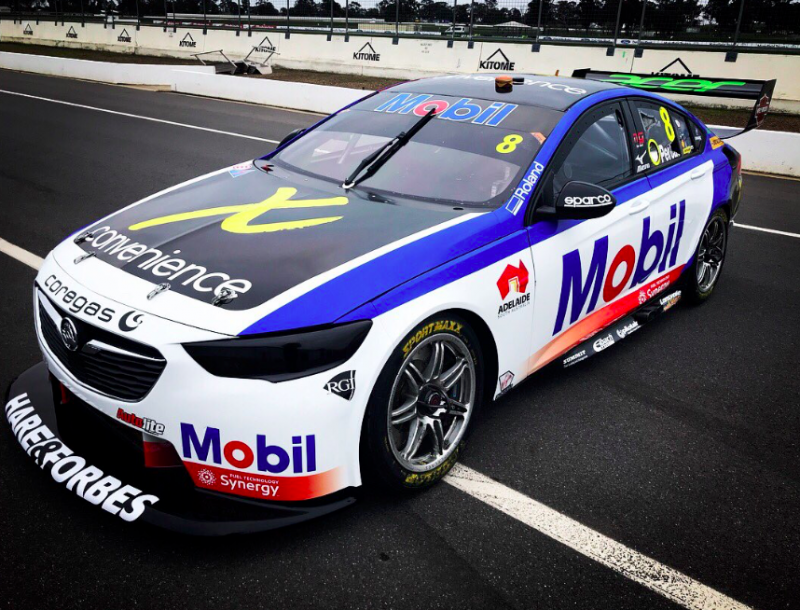 Nick Percat showcased his new look Holden ZB Commodore during the team’s first in-season test of the campaign at Winton.

Brad Jones Racing announced last week that the #8 Holden will be displayed in the iconic red, white and blue Mobil colours for next week’s inaugural OTR SuperSprint at the new Bend Motorsport Park circuit from August 24-26.

The Albury team has a struck a deal with X-Convenience which currently operates 18 service stations in South Australia. 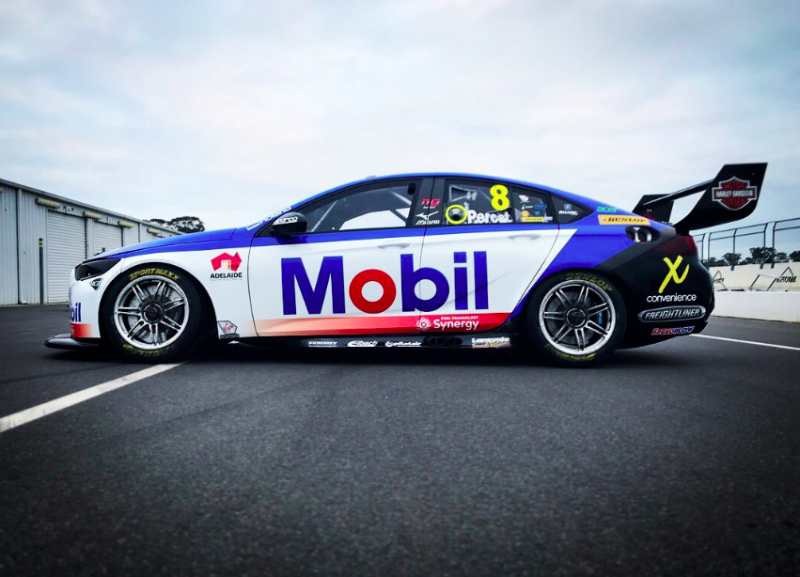