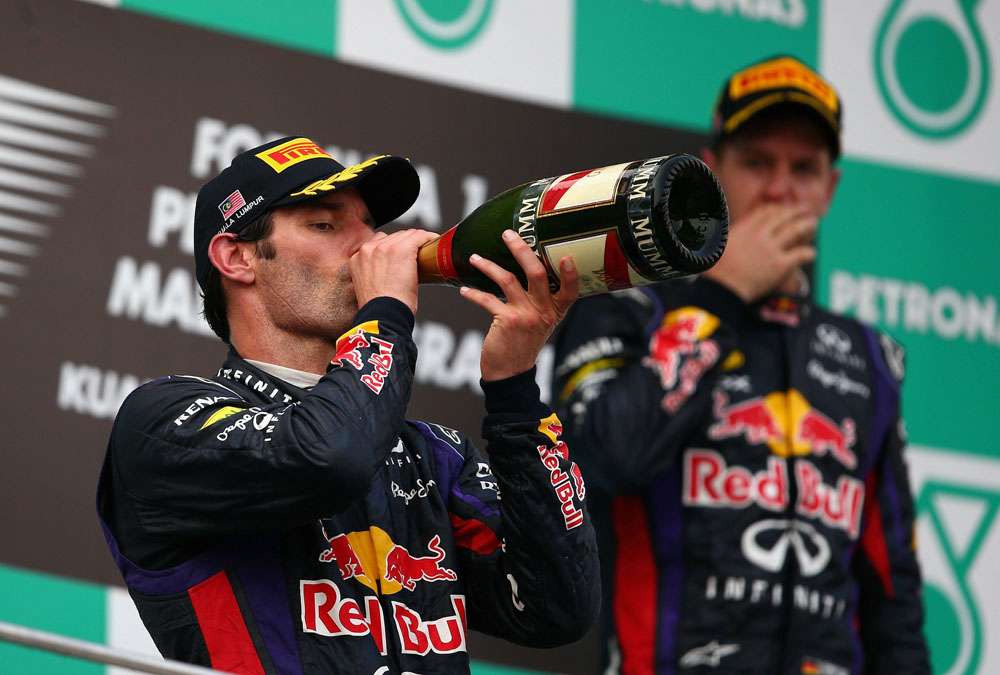 Christian Horner has claimed the Multi-21 incident between Mark Webber and Sebastian Vettel at the 2013 Malaysian Grand Prix was payback from the German for a previous incident.

In Malaysia, Vettel famously ignored team orders to pass Webber to take victory, a move which served to widen the rift between the two drivers.

Horner however believes the root of the incident stretched back to the Brazilian Grand Prix at the end of 2012, and was a form of payback from Vettel who believed Webber had jeopardised his championship fight.

“It was very difficult for Mark to accept at the time that, and I think if he looked back at it now with perspective and honesty, Sebastian was just quicker,” Horner told the Formula 1 podcast.

“So therefore Mark would use whatever tool he could to try and get under his skin.

“It probably culminated at the end of 2012 when Sebastian was fighting Alonso for the championship and Mark squeezed him up against the pit wall at the start of the race in Brazil, in the championship decider, which ultimately resulted in him getting turned round by Bruno Senna. Sebastian was hugely angry about that.

“There was a hangover of that that led into Malaysia, literally two races later, split by four or five months.

“You had a situation where you have Mark in the car ahead, Sebastian on new tyres in the car behind.

“The tyres were pretty fragile, we’re telling them hold position and Sebastian thought ‘F*** you’.”

Following the incident Horner sat down with the two drivers, during which Vettel admitted the move was a form of payback for the Brazilian Grand Prix from the previous year.

“(Vettel) told (Webber) that after the race or when they sat down in China. That was probably as tense as it could get,” Horner admitted.

The incident grabbed headlines globally, with Horner claiming he even had to explain the situation to The Queen.

“I had been invited to a lunch hosted by The Queen and the Duke of Edinburgh, which I expected there to be about 200 people at,” Horner said.

There turned out not be 10 of us there. This was at Buckingham Palace. It was just after the ‘Multi 21’ scenario.

“I had this bizarre situation of having to deal with the drivers and then go to lunch with The Queen and Prince Philip and explain to her what ‘Multi 21’ was and why our Australian driver was particularly grumpy with our German driver.

“I had that conversation over lunch with The Queen and she seemed to show great interest in it.”

Webber retired from Formula 1 at the end of the season, joining Porsche in the World Endurance Championship.

Vettel remained with the team for only another season, leaving for Ferrari after being beaten by Daniel Ricciardo in 2014.