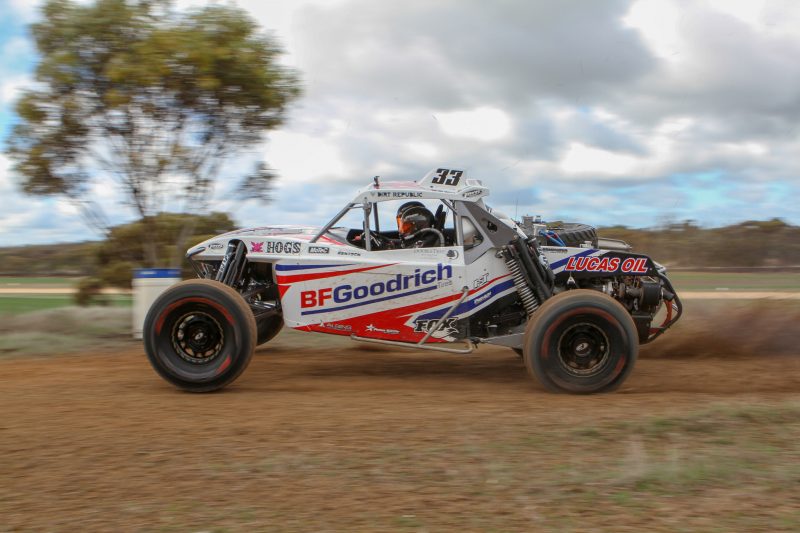 Posting the quickest time in the Prologue, it would see the Rentsch pairing start from pole for Race 1 on Saturday.

The father and son duo emerged victorious in the difficult two-lap encounter despite changeable conditions on the 75-kilometre course.

The Rentschs secured the round win with the second fastest time in Sunday’s gruelling five-lap, 375-kilometre section, behind Mark Burrows/Colin Hodge/Mathew Burrows.

It meant that they swept all three rounds of the 2018 campaign, including a sixth Tatts Finke Desert Race victory.

“It couldn’t really get any better. It was almost perfect,” said Shannon Rentsch.

“Getting the three wins at each round was awesome. Hard to believe we have won nine (championships) now.

“I’m starting to feel a bit old now. It’s good to see all the hard work over the years has paid off.”

Coming home second for the weekend were Beau Robinson and Shane Hutt in their Trophy Truck.

“It was a good weekend all round. It was good to finish and have a good run,” commented Robinson.

“It was pretty tough, we had a lot of rain at the start of the weekend which made it chaos.

“Shannon did a good job. It was good for BFGoodrich for him to be up front and obviously us keeping the trucks going.”

Burrows’ Sunday exploits were good enough to put the off road legend third overall on debut at the Victorian.

Last year’s winners, Gartner and Jennings looked to be in the mix for a podium again until they were forced to stop on two separate occasions to change punctured tyres on their Trophy Truck.