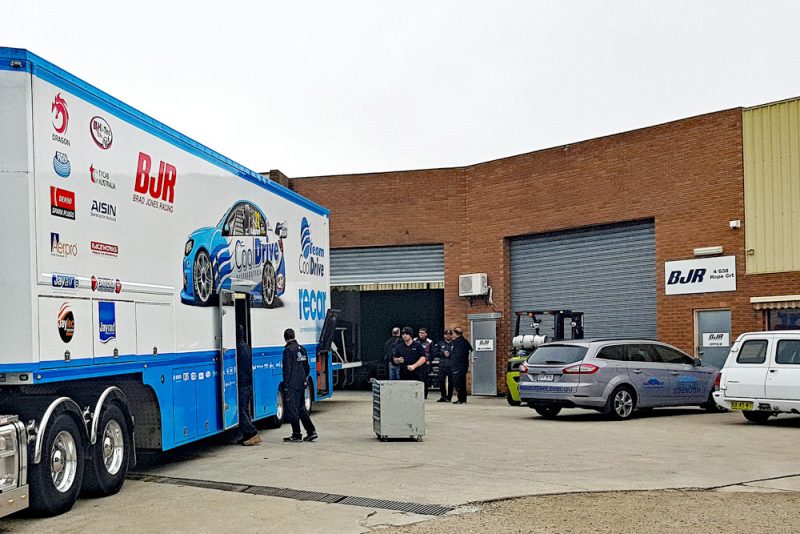 Supercars team boss Brad Jones gave Speedcafe.com a unqiue insight into his team’s Albury base, explaining how the team was setup and worked to prepare, and repair, its cars. Mat Coch saw beyond the brick building in an industrial complex to get a glimpse into the team itself.

It seems absurd to describe the Brad Jones Racing factory as perfect, but that’s exactly what it is.

Sitting in his office above the race shop, Brad Jones, the man whose name is above the door, laughs at the notion but takes the point.

“I’d never thought of it like that, but I suppose you’re right,” he says when it’s suggested the team’s factory is much like a family home.

What started as a single building just off the highway in Albury has, over the last 25 years, expanded to include not only the race shop where the cars are prepared, but manufacturing, fabrication, preparation, storage, development, and admin areas.

It’s a rabbit warren, with doors that have quite literally been cut in the side of one building to allow access to the next as the team has expanded.

And yet despite that, perhaps even because of it, it’s the perfect family home for what is ostensibly a family team.

Just inside the front door is a corridor, lined floor to ceiling, overflowing, with trophies; a veritable history book written in brass that has been slightly tarnished by the passing years.

The threadbare carpet in the boardroom is evidence to the utilitarian nature of the place; Jones admits he’d love a start-of-the-art facility but rationalises it with the fact that a new facility doesn’t add performance to his race cars.

Everything at BJR is focused on performance.

Around the back of the factory is a pit stop bay, where twice a day mechanics practice their handiwork.

Opposite are containers, which are partly storage for raw materials and partly hold remnants of the past. 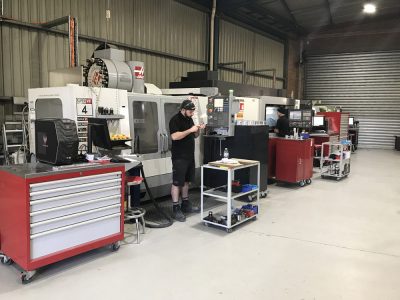 Inside, at the far end of the sprawling factory is the manufacturing department, where chassis and exhaust jigs are laid out.

A mezzanine level above contains a bazaar of spares, all carefully labelled and stored, along with a selection of raw materials waiting to be transformed into whatever the team needs next.

Access to manufacturing is through the paint shop, where Brad jokes that the booth, purchased in the early 1980s, is the third oldest member of the team after himself and brother Kim.

To one side sits a floor to ceiling rack of tyres, many still in their black plastic wrappings to protect them from UV light.

On the opposite wall sit a host of parts, in the middle of a complicated back and forth process that ensures they’re all serviced and pristine.

Another storage area above provides a glimpse into the sheer enormity of the team’s operation, with a seemingly never-ending row of bonnets lined up down the middle.

“These are all our VF bonnets for Super2, and I think some VE stuff down the back,” Jones says as he walks along the row.

Back downstairs we move through the race shop, where three permanent bays are set up for the team’s Supercars.

Harry Hayek’s V8 Touring Car is also there, as is a stripped back chassis once belonging to Macauley Jones.

At the far end of the shop, which is overlooked by Brad and Kim’s offices, a handful of mechanics work quietly on Hayek’s car.

Back through the hole that, many years earlier, was cut into the side of the shed we head back into the final building.

Inside an office sits Andrew Jones, opposite his office door is a large toolkit, adorned with trophies that have overflown from the entrance hall.

Up the short corridor is a room that was once the engine shop, but which has now become a preparation and assembly area for pretty well anything with grease or oil.

It backs onto a store room, filled with rows of shells, each containing another carefully labelled and catalogued part.

Every item is accounted for, with a system managing each part’s entire life cycle.

Next door is a room dedicated to shock absorbers, where a mechanic busies herself servicing one of the $6,000 parts.

“It’s been a long time since I’ve had my finger in every pie here, but we have managers meetings every week.

“I think Pete (Vale) does a great job being a general manager, he takes a lot of responsibility off Kim and I.”

The suspension room once housed the team’s dyno, though having outsourced its engine program the space was quickly re-purposed.

Around the corner is a crack test machine, and a room specifically for cleaning components. 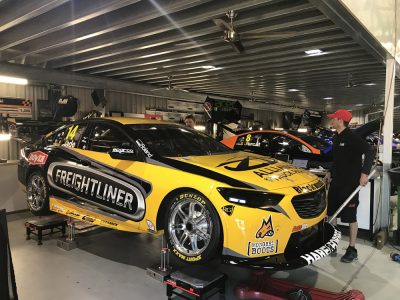 Hidden in behind is the print room, where the team’s in-house designer works on the cars’ liveries, feeding his work into a bank of printers and sticker cutting machines.

Back in the hall is a steep and narrow staircase which leads to the offices.

At the top of the landing is the Boardroom, where surfboards won at the Gold Coast take pride of place on the wall.

“You wouldn’t think we use this room much, but if you look at the carpet you can see it gets used a fair bit,” Jones remarks.

Looking over the room is a portrait of Jason Richards: “JR’s with us in every meeting,” says Jones, pointing to the photo.

Next door the engineering staff sits, beavering away at their computers in near silence.

Behind them, in a room that’s only recently been built, is a simulator with a storage room alongside it.

Further down the hall are two doors; that at the end leads into Brad’s office and, to the right, Kim’s.

Between the two is a window, which has somehow survived their pair’s discussions and disagreements.

In his office, Jones lounges while reflecting on his team, which now employs 47 staff, having just hired two new faces and others having picked up new responsibilities.

“I think we run a pretty lean operation,” he says.

“When we started it was just two VCS cars, and then Jonesy came along with his Super2 program, or his Konica program, and then we started running Rod Salmon as a customer, and it’s grown from that.

“If you’d have said to me when we started, when we were moving into this first shed that we’re sitting on top of now, that in 2018 you’ll have this many people and you’ll run this many cars, I would have burst out laughing.

“I can remember we had one office and we used to have and chequered flag vinyl floor that used to get dirty the second you stepped on it and that was it, it was me and Kim,” he continues.

“Kim used to come out here and work and I’d come out and get in the way and paint stuff.

“Then you run out of room so you put mezzanines in, and then you grow.

“Motorsport is one of those types of businesses that if you throttle back you may as well stop. This is my life.” 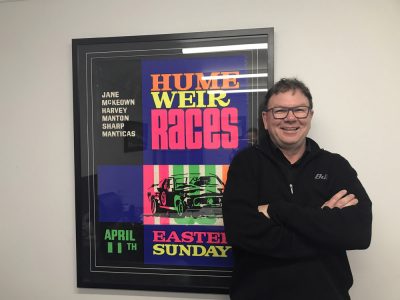 As we stand up to leave Brad points to a poster that hangs behind his desk, recounting the story about how he first saw it on the set of his father’s television show in the early 1970s.

It depicts an Easter event from Jones’ youth, a weekend that left an indelible mark and would shape his life.

The poster was found at a charity event decades later, but now takes pride of place behind his desk, providing an appropriate link back not just to where it all began, but of the family roots that are visible throughout the sprawling factory below.

Yet somehow it has feels like a home that has grown, changed, and been adapted to the needs of the team over the course of time.