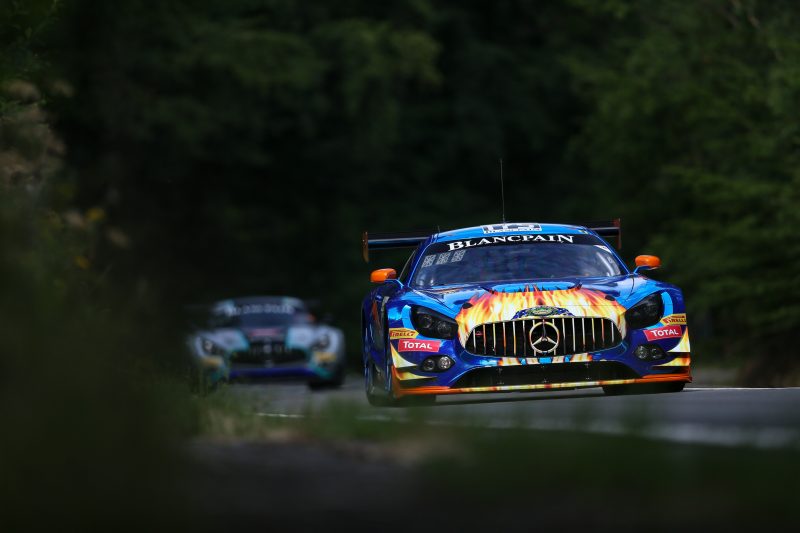 Reigning Supercars champion Jamie Whincup will make a rare racing appearance outside of Australia after confirming plans to contest a round of the IMSA WeatherTech Sportscar Championship.

Whincup will head to Laguna Seca in California next month to team up with US-based Australian Kenny Habul behind the wheel of his GTD class SunEnergy 1 Racing Mercedes AMG GT3.

The seven-time Supercars champion says the GT drive is a one-off having answered a call from Habul to take part in the event held from September 7-9.

Whincup has previously driven alongside Habul at this year’s Liqui-Moly Bathurst 12 Hour when the pair were joined by Tristan Vautier and Raffaele Marciello. The quartet finished second overall.

It will be only the 35-year-old’s third non Supercars race contested outside of Australia having made appearances in two Race of Champions meetings.

“Kenny sent me an email and I thought ‘gee, this might be a good one to do’, so I put my hand up,” Whincup told the official Supercars Championship website.

“I’ve got no plans, there’s nothing more to it than it came up as the right thing at the right time and I grabbed it with two hands.

“I’ve never been to Laguna Seca. I’ve watched ChampCar there for many years, back when I was a kid and just really want to experience the Corkscrew, to be honest.

“The opportunity came up and I jumped at it. It should be good fun.”

Whincup is the latest Supercars driver set to race in the American sportscar series after Chaz Mostert received a call up to race in the Petit Le Mans season finale for BMW in October.

The Triple Eight driver will conduct a pre-enduros Supercars test on September 4 before heading out to join up with Habul in California.