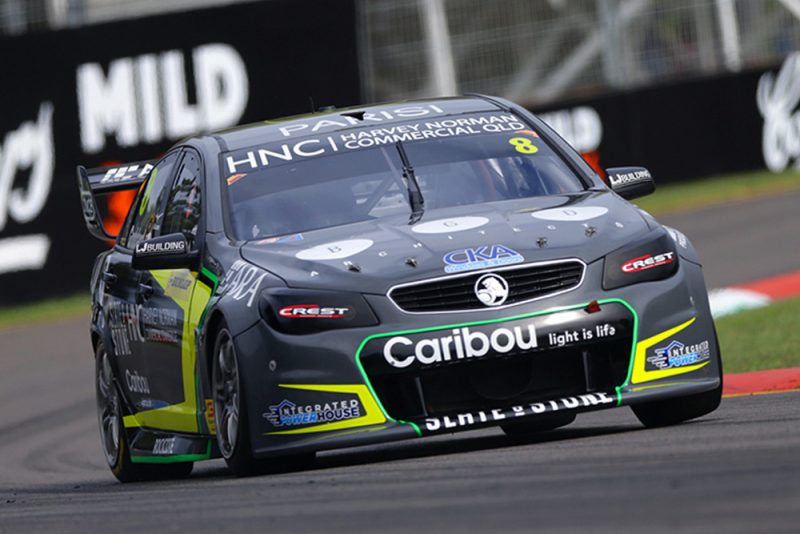 Zane Goddard is hoping extra track time afforded to him as part of a Super2 rookie test day will help him take a step forward at future events.

Goddard was on track at Winton on Thursday, working primarily on improving his own performance in the car rather than outright pace.

The 18-year-old stepped into the Dunlop Super2 Series with Brad Jones Racing this season, following a stint racing Formula 4 in the UK for Double R Racing.

Now four rounds into his touring car career, Goddard admits he’s still coming to grips with the unique requirements of a Supercar.

“I think it’s mainly the braking because the whole corner stems from the braking.

“So if you can get that right that’s probably the most important thing to know.

“The braking technique’s a lot different from what I’m used to from previous years.

“It’s just getting on top of that, understanding how the car behaves and everything because they’re a lot softer, a lot heavier, so obviously there’s a lot more pitch going through the car when you brake.

“It’s understanding how you can sort of manipulate the steering with your feet almost.”

Goddard banked his maiden top ten result in Race 2 at Townsville, which in itself followed a career best 11th in the weekend’s opener.

Next week he’ll return to Winton as part of a group test session which will include a host of both Super2 and main game teams.

While a limited tyre bank meant Thursday was focused on improving his own performance, Tuesday’s will see him looking to make gains in the car.

“I think we’ll definitely test some different stuff here or there for the car,” said Goddard.

“Obviously, the team’s got a fairly good idea what that is like but trying new parts here and there is very beneficial.”

The Super2 Series is currently in the midst of a two month break between rounds, with it next on track at the Rabble.club Sandown 500 in September.