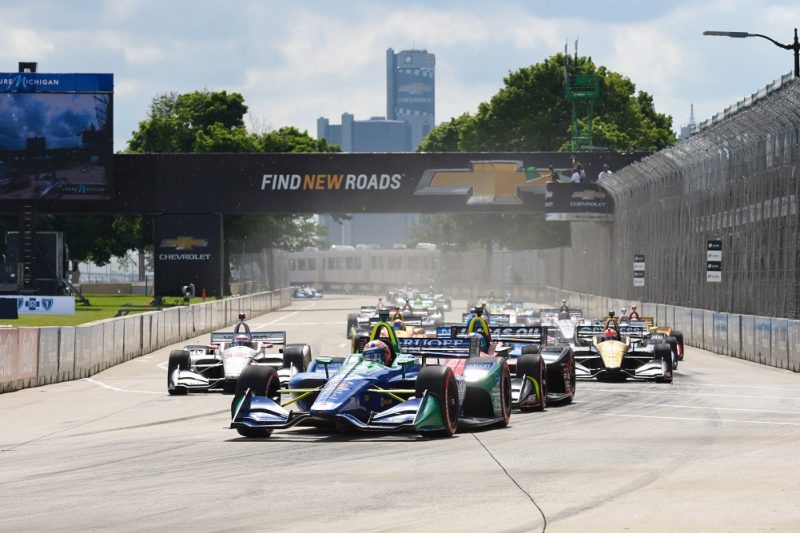 The Detroit Grand Prix will continue for at least another three years at Bell Isle under a new deal signed between event organisers and the state government.

The new contract between the Detroit Grand Prix and Michigan’s Department of Natural Resources runs from 2019 to 2021, with options for 2022 and 2023, after the current one ran out this year.

Next year’s event will be held from May 31 to June 2, its traditional slot, when the Verizon IndyCar Series will be supported by the IMSA WeatherTech SportsCar Championship.

Included in the agreement is a stipulation that total set-up and pack-up time will drop to 60 days next year and 59 for the two years following, down 35 days on the span in 2015.

“We are excited that the Detroit Grand Prix will continue at Belle Isle for the next several years and we want to thank the State of Michigan for working with us on this new agreement, as well as our partners with City of Detroit and the Belle Isle Conservancy,” said Grand Prix chairman Bud Denker.

“This event means so much to Detroit, to Windsor and our entire community. We are proud to showcase the beauty of Belle Isle around the world every year and to make such a positive impact on the local economy with over $50 million in total spending generated annually as a result of the Grand Prix.

“Most importantly, we want to continue our goal of improving Belle Isle Park. The Grand Prix has made over $13.5 million in improvements on the island over the last decade and we know there’s still a lot more work that needs to be done.

“Our team looks forward to building on all of the positive momentum and being part of the remarkable renaissance going on at Belle Isle.”

Scott Dixon and Ryan Hunter-Reay won this year’s two IndyCar races at Detroit, the latter of which made headlines when a GM executive crashed the Safety Car and delayed race start.

The 2018 IndyCar Series resumes next weekend at Pocono.