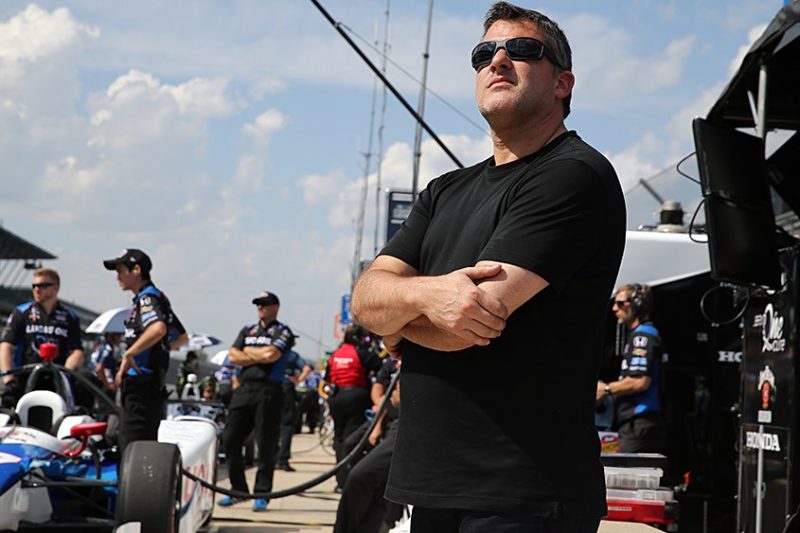 Tony Stewart has left open the possibility of a tilt at next year’s Indianapolis 500 as long as he is not “a sideshow like Danica”.

Speaking at the launch of Ford’s NASCAR Cup Series Mustang, Stewart said that he would entertain the idea of racing in IndyCar’s flagship race again if he could do so with a competitive package.

That would include starting at least one other race prior to the fortnight-long event at the Brickyard in order to become acquainted with the modern IndyCar and style of racing.

“Everything is a possibility,” said Stewart.

“There’s nothing that I’ve written off and said, ‘You know what, I’m never doing it.’ (The Indianapolis 500) is not out of the question.”

The 47-year-old insisted, however, that he would not attempt Indy unless he could be a realistic chance of winning the race.

Stewart drew a contrast to Danica Patrick’s swansong from racing this year, when she entered NASCAR’s Daytona 500 and the Indy 500.

“If we were going to try to do the 500, I would want to do at least one race before that,” he declared.

“I’ve been there and ran it. If I go, I’m not going just to run it. I don’t want to be a sideshow like Danica was at Indy this year.

“If I go, I want to go feeling like I’ve got the same opportunity to win that everybody else in the field does.

“It’s an insult to the guys that do it every week to show up and think you’re going to be as good as those guys are.”

Patrick qualified seventh for the 2018 Indianapolis 500, her first IndyCar race since 2011, but whacked the wall a third of the way into the race and did not finish.

Stewart has five previous Indy 500 starts to his name, with a best finish of fifth in 1997.

His last was in 2001, as he embarked on a long NASCAR career.

The three-time NASCAR Cup Series champion has competed in over 60 sprintcar races this year.