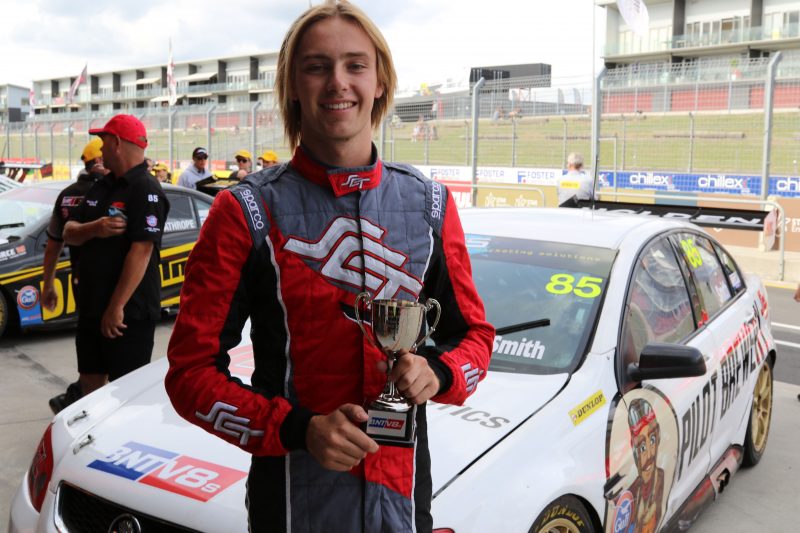 The Super2 driver and last year’s Australian V8 Touring Car Series winner debuted in the New Zealand series last season with a view to keeping himself sharp during the Australian off-season.

He finished fifth in the standings with a win in the final race of the campaign and six other podiums, before going on to record a maiden Dunlop Super2 Series podium in Race 1 of the Symmons Plains weekend.

Smith will again race a Holden Commodore alongside team-mate Lance Hughes at Hamilton Motorsports in 2018/19.

“My first season was great; I really had a lot of fun,” said the 19-year-old.

“The field was awesome and even though the grid was small it was some of the closest racing I’ve experienced.

“We had a few dramas at the first round but once we got it all sorted the car was great, I really enjoyed driving it.

“The extra miles definitely helped (in Super2), I felt prepared at the start of the Australian season but the close racing has helped my race craft most of all.

“The BNT V8s cars are really cool, with heaps of torque.”

With a season in the same car and tracks under his belt, Smith is aiming for the title.

“Of course I think winning the championship is achievable but it is a long way from easy,” he said. 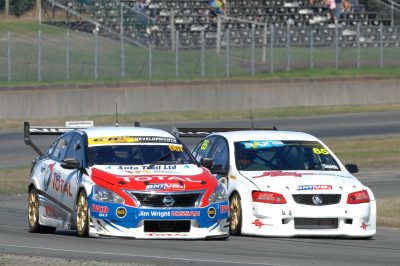 If he does so, he will emulate 2017/18 series winner Andre Heimgartner, who banked miles as he regularly battled Richards Team Motorsport team-mate Jason Bargwanna in an identical Toyota Camry before beginning his time at Nissan Motorsport in the Virgin Australia Supercars Championship.

BNT V8s category manager Gary Lathrope believes that Smith will not be the only Australian, or Australian-based New Zealander such as Heimgartner, entering the series in 2018/19.

“With Andre Heimgartner winning the championship last season, and Jack Smith coming over here and doing very well, we are seeing increasing numbers of Australian drivers making enquiries about coming and doing the full championship this season,” said Lathrope.

“We share the same Dunlop tyres as Supercars in Australia, the parity between the cars is excellent and on track the racing is very close.

“We have a number of teams who can provide arrive and drive packages for drivers which makes it very attractive.

“We certainly believe and have seen that there are some massive benefits to be gained by young Australian and New Zealand Drivers with an ambition to further their careers in Australia.”

The six-round season starts at Pukekohe on the ITM Auckland SuperSprint support card on November 2-4.