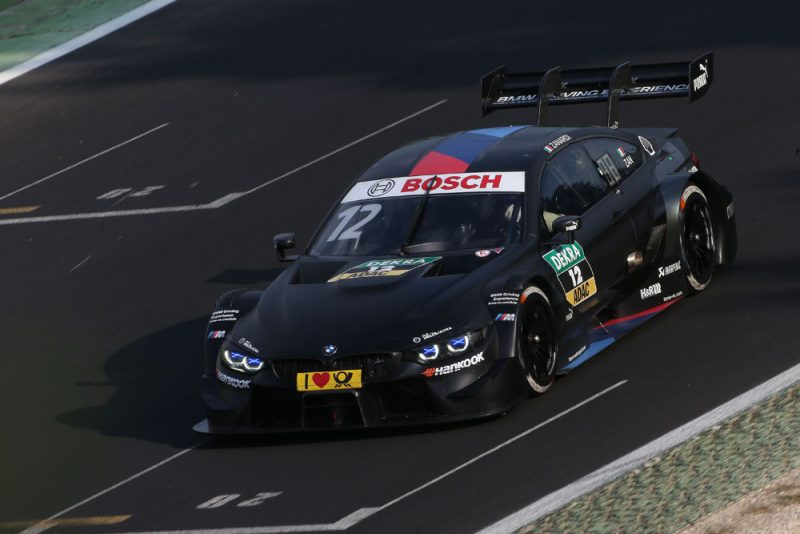 Alex Zanardi has completed a two-day test at the Vallelunga circuit driving a BMW M4 DTM ahead of a guest outing in the series later this month.

The former Formula 1, IndyCar and Paralympic gold medalist completed almost 300 laps over the two days in a car modified to suit the Italian.

Zanardi is set to compete without the use of his prosthetic legs for the first time, which has seen BMW adapt the car so the 51-year-old can use a hand operated brake.

“The test was great; all went really well and we are heading in the right direction. A lot is new, but I am coming to terms with it lap by lap,” said Zanardi.

The decision to switch to a hand-operated brake pedal has been made to improve Zanardi’s feel during longer races, and reduce fatigue.

“Driving a race car like the BMW M4 DTM is physically very demanding.

“For me, it would be far more strenuous if I were to continue to brake with my prosthesis as I have done up to now.

“I admit that it felt very strange to have a completely empty footwell with no pedal box in front of me the first time I pulled out of the garage,” he added.

“I thought: ‘That’s strange!’ But I have to say, the whole system worked very intuitively for me. I am getting along excellently with it.”

“It is completely different to what I was used to.

“I won’t be faster, but I wouldn’t had never accomplished all I did at the two days in Misano with the old system.

“I completed so many laps with a car that I had never driven before, the BMW M4 DTM, and after not having raced for nearly two years.

“That would just have been impossible with the solution I had before. It’s like I am, from a physical point of view, a different driver.”

Zanardi will compete in the Misano round of the DTM championship on August 25-26.

The guest outing is part of a broader program that will see him compete in a BMW M8 GTE at the 2019 Rolex Daytona 24 Hours.