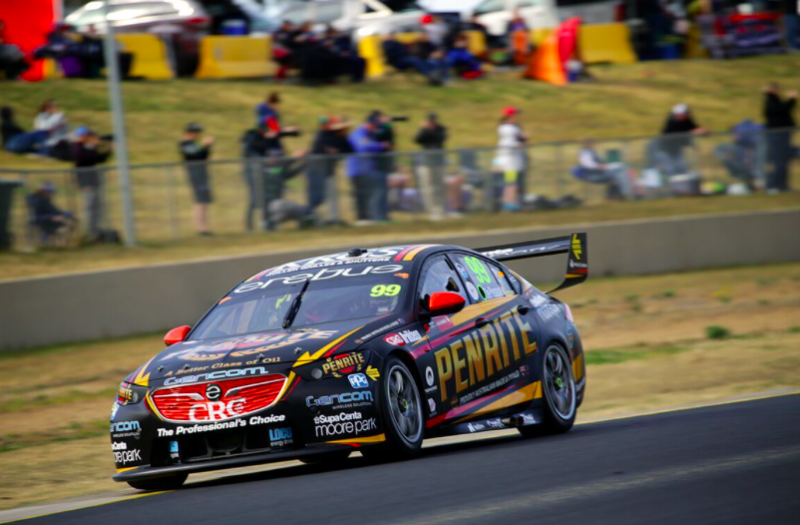 Erebus Motorsport is set to trial its new in-house designed and built steering rack during a rookie day test for Anton De Pasquale next week.

The squad will head to Winton on Tuesday for the 22-year-old’s third and final rookie run from his prescribed allocation.

Erebus has been developing its own steering rack for 18 months with the component now on the verge of being race ready.

It is hoped the new part will improve the handling and feel of its Holdens for both drivers David Reynolds and De Pasquale.

General manager Barry Ryan says De Pasquale wasn’t comfortable with the steering of his car during the Red Rooster Sydney SuperNight 300 weekend and is eager to rectify the issue at the test.

Reynolds is likely to be on hand for the rookie day where he is allowed to log 10 laps in the car as per Supercars regulations.

“It (the rookie day) will be good,” Ryan told Speedcafe.com.

“Our main focus will be on the steering and make it a bit nicer.

“We have been developing a steering rack for 18 months and haven’t had a point where we are ready to race it yet.

“It is about 99 percent there so hopefully by the end of next Tuesday we will have our own designed steering rack.

“It has been a key project but we have been careful not to let it get in the way.

“Ultimately there is a lot of potential in it in regards to what the driver wants to feel and if we can nail it next Tuesday it should allow both drivers to get a nicer feel out of the car.”

De Pasquale has largely impressed during his debut season having qualified inside the top 10 on seven occasions, alongside a top 10 race finish at Phillip Island in April.

However, in recent weeks he has been caught up in two high profile incidents with Nissan Motorsport’s Michael Caruso at Townsville and Sydney Motorsport Park, which resulted in stewards issuing points penalties.

De Pasquale sits 20th in the standings heading into the OTR SuperSprint at the new Bend Motorsport Park circuit from August 24-26.

He is expected to share the Winton track on Tuesday with Walkinshaw Andretti United and Garry Rogers Motorsport’s James Golding, who will also be conducting a rookie day.