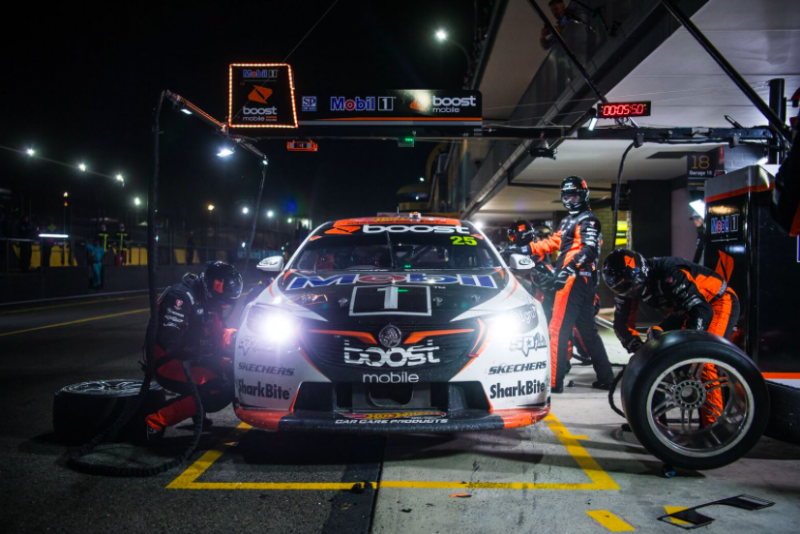 Walkinshaw Andretti United is likely to focus on Bathurst wildcard for next year pic: Daniel Kalisz

Plans for a Walkinshaw Andretti United Supercheap Auto Bathurst 1000 wildcard are most likely to be deferred to next year, says team co-owner Ryan Walkinshaw.

The Clayton squad has been working on a wildcard project for this year’s Great Race in October but the chances of a third ZB Commodore are diminishing.

Fellow team co-owner Michael Andretti revealed the team’s ambitions to field a third car during the season opening Adelaide 500 hinting that Marco Andretti and Scott Speed could be likely candidates for the drive.

While Walkinshaw is refusing to completely rule out a wildcard at Mount Panorama this year, he admits that a focus on ensuring the Mobil 1 Boost Mobile Racing Holdens for Scott Pye and James Courtney are competitive is the priority.

“There are some chances there still but I think as time goes on, we’re probably going to move that into in 2019,” Walkinshaw told Speedcafe.com.

“The bottom line is we’ve got so much work going on with what we want to do this year, so that at the start of the next season we have the cars we really want as opposed to the cars we’ve kind of inherited from last year.

“I think we will probably end up focusing on a wildcard for 2019, whereas this year, we’ve got to make sure we get all the key focus on the key areas that we need and making sure that these two cars get to where we want them to be as quickly as possible.

“That is more of a priority than just doing a wildcard which is cool, it’s a great idea and we’ve definitely got ambitions to do it.

“I think the focus is currently on getting these things (cars) back up.

“Look, if something crazy happens in the meantime maybe we’ll make that decision (to run a wildcard for this year), crunch time for closing is pretty close, the guys are just too busy.

Speedcafe.com was told in June that there had been two expressions of interests for Bathurst 1000 wildcards.

However, Supercars CEO Sean Seamer confirmed to this website last weekend that it was yet to receive any formal applications for this year’s race.

The championship does not stipulate a deadline for Bathurst wildcard programs to be lodged although candidates will be assessed by Supercars before receiving an entry.

The Harvey Norman Supergirls Nissan Motorsport entry for Simona de Silvestro and Renee Gracie in 2016 was the last time a wildcard was entered at Mount Panorama.

The duo finished the race in a commendable 14th position from a 27 car field.