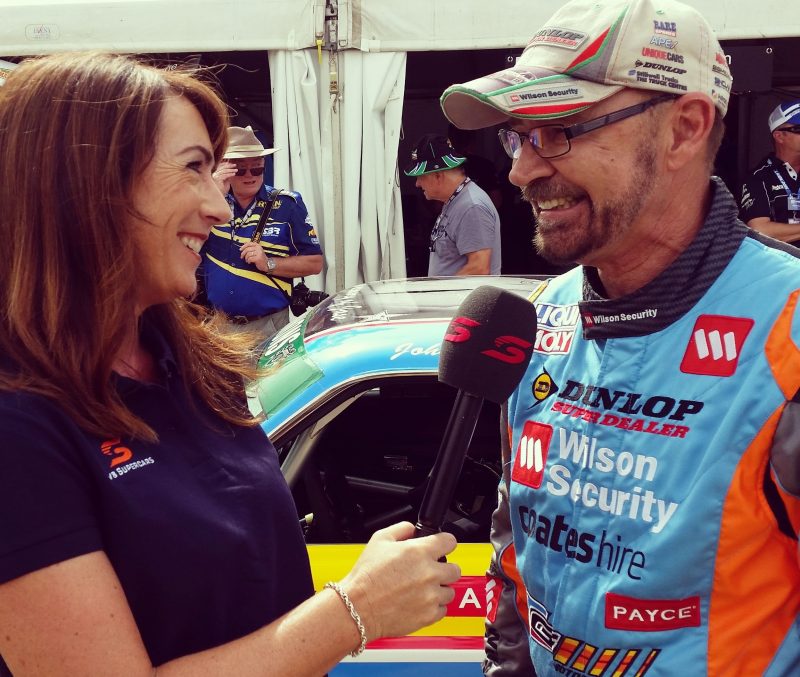 Long-time motorsport reporter Kylie King has taken up a role on the Australian Motor Racing Series live streams for the remainder of the season.

King, who is currently the support category paddock reporter and highlights producer for Supercars Media, will work in a similar presentation role for AMRS.

She will feature in the Blend Line TV-produced streams for the last three rounds of the season.

The AMRS began this year and is run by Winton Motor Raceway owner Benalla Auto Club, for which King recently took up a communications support position.

“When the AMRS started, I could see it was going to be a good thing for national motorsport and when Wayne (Williams, series manager) asked me to come on board, I jumped at the chance,” said King.

“Even though a lot of AMRS competitors are new to national-level motorsport, there are always stories to be told and news items to chase.

“I can’t wait to meet all the drivers and teams, and help produce some insightful content for all the fans.”

Williams said, “I’ve known Kylie since I was running my V8 Ute Series team, and as well as being a very professional presenter, she has always been extremely thorough in her research and is never afraid to ask the drivers probing questions.

“Blend Line TV’s coverage of the racing has been good so far, and live stream audiences have been strong – the next stage is bringing out the personalities and giving the viewers a sense of what the drivers are like out of the car.

“There are some great characters competing in AMRS categories, and having paddock interviews will give the drivers more of a chance to showcase themselves.”

Round 4 of AMRS takes place at Wakefield Park on August 17-19.