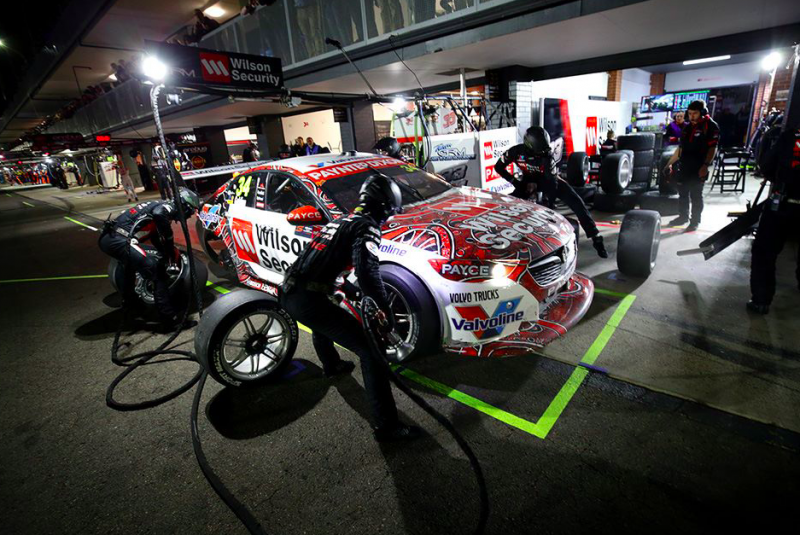 A run of strong results have provided a timely confidence booster for rookie James Golding after admitting doubts surrounding his ability had crept into his mindset.

The Garry Rogers Motorsport young gun is beginning to find his feet in the cut throat nature of Supercars after a challenging graduation from the Dunlop Super2 Series this year.

After initially struggling to extract one lap pace and race results, the 22-year-old has taken a step forward finishing four of the last five races inside the top 16.

The run included a season best weekend at the Red Rooster Sydney SuperNight 300 where he qualified 15th which he converted into a 13th place finish.

A combination of progress being made by the team in improving the ZB Commodore package and an increase in confidence has been the catalyst for the upturn, according to Golding.

“I’m pretty happy. Towards the start of the year we were struggling a bit more than I would have liked,” Golding told Speedcafe.com.

“It probably did shock me a bit as to how tough it (moving up to Supercars) is. I know it was going to be a long process and not going to happen overnight.

“There were times where I thought I was maybe not cut out to do this.

“It is such a cut throat category and if you are not confident you can get spat out pretty quick.

“You have to have aggression but not be too aggressive but you definitely can’t go out there being friendly to everyone as you won’t get anywhere.

“To get some good results under my belt has been really good for my confidence and good to know that I can do it.

“I can now push forward and try and get some more good results.

“I think there has been a bit of change in the team. We struggled a bit at the start of the year with both cars although Adelaide was a bit of a one-off with Garth getting a podium there.

“We struggled to get the speed out of the cars in qualifying and we are starting to progress with them now which is showing in the results.

“Every time I’m out in the car I’m getting more and more comfortable which is a big thing and being able to nail those qualifying laps has been my weakness and where I have improved the most.”

Eager to build on his progress Golding is setting his sights on securing a top 10 finish before the year is out and hopes the Pirtek Enduro Cup will offer opportunities.

GRM has signed Chris Pither and Richard Muscat as co-drivers but the squad is yet to confirm which of the primary drivers they will be assigned.

“It would be really great to get in the top 10 before the season is out,” Golding added.

“We have a couple of races coming up at The Bend which is a good opportunity as nobody has been there before.

“The enduros are coming up and there are definitely some good chances for top 10s for sure.”

Golding will be back behind the wheel of the #34 ZB Commodore at Winton next Tuesday for a rookie day test.