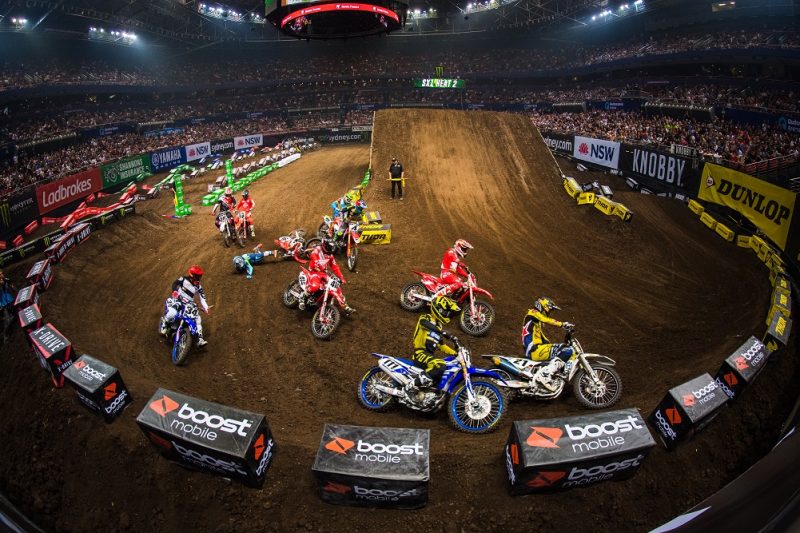 Organisers of the Aus-X Open, which began in 2015, have announced the creation of the S-X Open at Mt Smart Stadium.

It will be twinned with the Sydney event to form the inaugural S-X Open Supercross FIM Oceania Championship season later this year.

The development means that Aus-X, which continues to also serve as a round of the Australian Supercross Championship, attains formal international status.

“Since the inception of the Aus-X Open in 2015, it has always been our goal to expand into overseas markets, so it is fantastic to be able to finally announce the Monster Energy S-X Open in Auckland and all-new FIM Oceania Supercross Championship,” said Series Co-Founder and Director Adam Bailey.

“Our philosophy is really simple; to give our audience non-stop entertainment that is unscripted, unpredictable and absolutely unmissable.

“Sydney is going to be our biggest and best event yet and we can’t wait to share what we have planned with Auckland.”

FIM Oceania President Glen Williams added, “FIM Oceania is thrilled to be working with these two truly international events and to be sanctioning the FIM Oceania Supercross Championship.

“We look forward to seeing some of the world’s greatest Supercross riders battling it out for the prestigious FIM Oceania Supercross championship trophy.”

According to organisers, 6000 tonnes of dirt will be trucked into Mt Smart, the home ground of the New Zealand Warriors National Rugby League team, to build the circuit for Auckland’s S-X Open.

Rider line-ups, including for the freestyle motocross to take place during the event, are yet to be announced.

The S-X Open is supported by Auckland Tourism, Events and Economic Development and is set to take place on November 24, after the Aus-X Open at Qudos Bank Arena (Sydney Superdome) on November 10.