Mobil colours for Percat Commodore at The Bend

Mobil colours for Percat Commodore at The Bend A render of Nick Percat’s livery for the OTR SuperSprint

Nick Percat will run under the iconic colours of Mobil as part of a new livery for the inaugural OTR SuperSprint at The Bend Motorsport Park later this month.

The latest of a string of new colour scheme for the #8 Commodore sees Brad Jones Racing partner with service station chain X-Convenience and fuel giant Mobil for the round from August 24-26.

Percat’s car will be emblazoned with Mobil and the brand’s famous red, white and blue colours down its flanks complemented by X-Convenience branding on the bonnet and roof.

The colours have previously been associated with team owner Brad Jones when he raced with the nine-time Bathurst 1000 winner Peter Brock in 1989.

“We’ve had the Mobil X-Convenience Supercar in the pipeline for some time, so it is fantastic to finally show a preview of my Supercar with the X-Convenience branding and iconic Mobil colours,” said Percat.

“I know fans will get a kick out of seeing this car on track, and considering the history of the brands, it is very cool for me too.”

Supercars’ maiden visit to 4.95km The Bend Motorsport Park circuit is set to provide a new challenge for the gird.

“I’ve visited The Bend Motorsport Park a couple of times now for the official launch and various media appearances; there is no doubt it is going to be a fantastic event with some very close, exciting racing. Everyone is really looking forward to it,” Percat added.

Percat will head to his home state for the OTR SuperSprint off the back of an impressive comeback drive from 25th to eighth at the Red Rooster Sydney SuperNight 300. 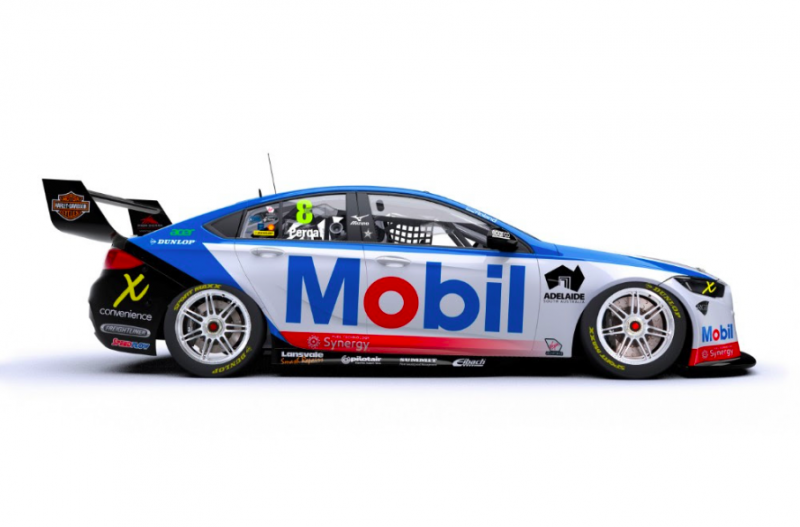