Lauda had 3-7 days to live before surgery

Lauda had 3-7 days to live before surgery 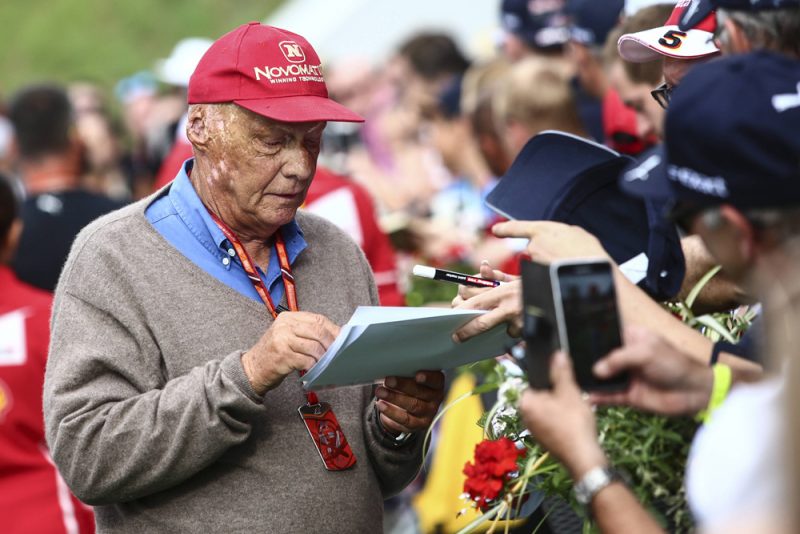 The Austrian, who is a non-executive director at Mercedes, was absent from the German and Hungarian Grands Prix after being admitted to hospital in his homeland.

According to Austrian publication OE24, Lauda had been on holiday in Ibiza following the Austrian Grand Prix when he developed a cough.

He then attended the British Grand Prix before returning to Ibiza, where his condition worsened.

On the Friday of the German Grand Prix, with the team reporting that Lauda would miss the event due to a cough, the 69-year-old checked into the Vienna General Hospital and was quickly placed in Intensive Care.

As his condition continued to deteriorate, doctors determined Lauda was in need of a lung transplant, and placed him on the Eurotransplant list, reserved for patients with just 3-7 days to live without intervention.

A donor was found in Hamburg and flown to Vienna, where a six-hour operations saw both of Lauda’s lungs replaced.

The procedure was complicated owing to the fact Lauda has previously had two kidney transplants, and in April had a stent inserted following a mild heart-attack.

Placed into a medically induced coma, the 25-time grand prix winner was slowly revived on Saturday, with doctors satisfied with his progress.

Lauda will remain in hospital for another four weeks, and is not expected to make a return to the Formula 1 paddock until October.

Professor Walter Klepetko, who performed the transplant, is reported by OE24 as saying: “But then, he is the old man again. He will be able to fly, work and exercise again.

“Last year we climbed Mount Kilimanjaro with 10 lung transplant patients to show how fit the body is.

“With Niki, Kilimanjaro might not be right in, but I hope I can go to Kahlenberg with him this year.”