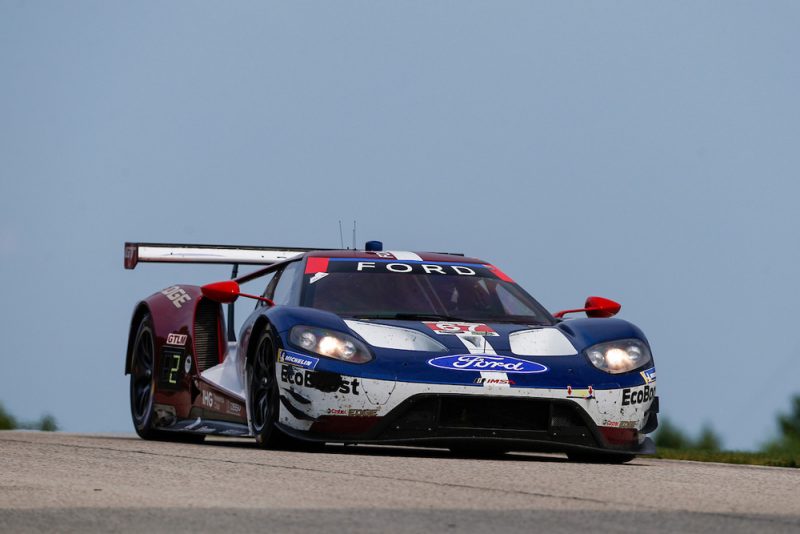 Ryan Briscoe and Richard Westbrook have moved to the top of the IMSA SportsCar Championship’s GT Le Mans standings with their second win in three races and fourth straight for Ford Chip Ganassi.

The pair inherited the lead late in the race at Road America when Connor De Phillippi ran out of fuel in the final minutes.

Westbrook managed more than an hour on track in the final stint to head the Corvettes of Tommy Milner and Antonio Garcia to the flag.

Earl Bamber finished the race fifth in class aboard the Porsche 911 RSR he shared with Patrick Pilet.

In the overall results, CORE Autosport has claimed a second consecutive race win.

Driving an Oreca 07 Gibson, Colin Braun managed his fuel in the final stages to take a 2.4s win ahead of Stephen Simpson in the JDC-Miller Motorsprots Oreca.

The race had been led by Jordan Taylor, but a late stop for fuel promoted the two LMP2 Orecas to the head of the race.

Braun then nursed his car around the final lap, dropping nearly eight seconds in the process, to take the win.

The next round of the IMSA Sportscar Championship is at Virginia International Raceway on August 17-19. 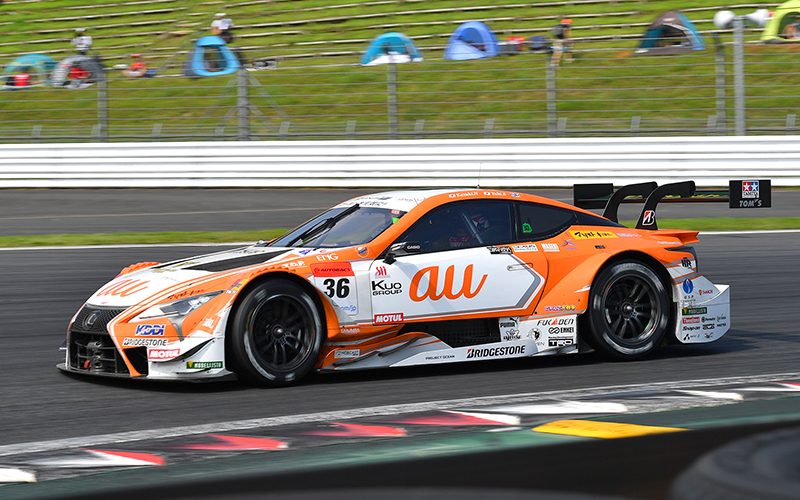 Kazuki Nakajima and Yuhi Sekiguchi drove their TOM’S Lexus LC500 to victory in the latest round of Super GT at Fuji Speedway.

That allowed the Nakajima/Sekiguchi Lexus into the lead, holding on to take the chequered flag.

It was a result that propelled Cassidy and Kirakawa to the top of the GT500 standings by seven points with two rounds remaining.

In the GT300 class Shinichi Takagi converted pole to win aboard a BMW M6 GT3.

Sugo hosts the next round of the Super GT season on September 15-16. 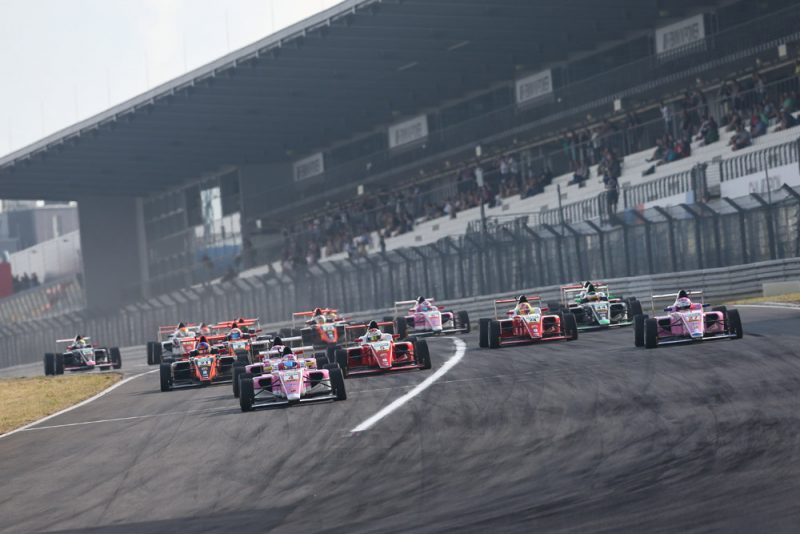 Lirim Zendeli has sealed the German Formula 4 Championship at the Nurburgring with two podium across the weekend’s three races.

Zendeli started from pole in Race 1, converting it into victory in the opening race of the weekend.

Zanedeli slipped behind Vesti in Race 2 with Fittipaldi third in Race 2, while Doohan was again not classified after steering damage on the opening lap.

Lawson meanwhile lost his front wing mid-race to fall to 15th, more than a minute behind race winner Vesti.

Niklas Krutten won the final race of the weekend from Gianluca Petecof, with Fittipaldi again on the podium.

Liam Lawson finished a lap down in 14th, the last classified runner.

German Formula 4 next heads to Hockenheim on September 21-23. 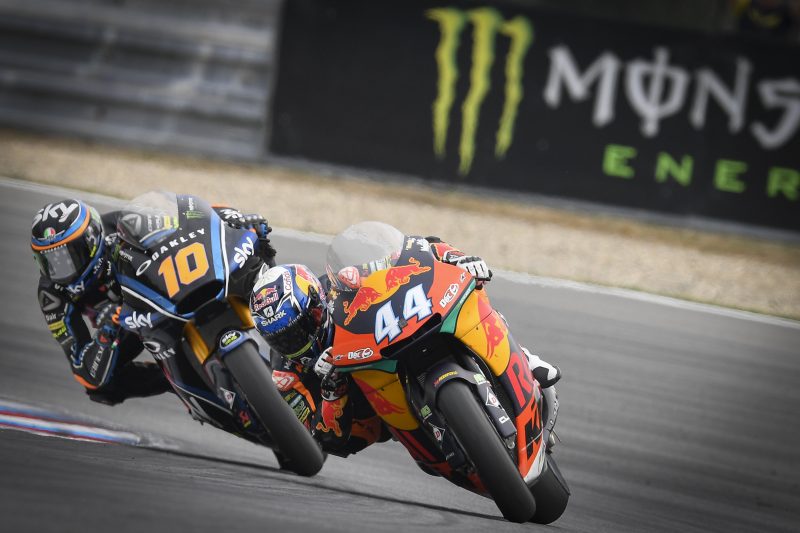 Miguel Oliveira has out-dragged Luca Marini to the finish line at Brno to take over the Moto2 championship lead from the final podium finisher, Francesco Bagnaia.

The race came down to a battle between those three and Lorenzo Baldassarri, and Oliveira led into the final lap only to run wide at Turn 1 and let Marini through.

The Portuguese rider re-passed Marini at Turn 11, only to come under attack at the penultimate corner.

Oliveira, however, managed to hang on the outside of the Italian which gave him the inside line when the track switched back for Turn 14.

He rode his Red Bull KTM Ajo bike on to a win of just 0.070s, while Baldassarri was only 0.745s away from the leader in fourth.

Remy Gardner (Tech3 Racing) did not complete the first lap after a multi-rider crash at Turn 5, but all three men walked away.

Fabio Di Giannantonio became a first-time race winner in Moto3 when he passed Czech Jakub Kornfeil on the final lap then held off Aron Canet.

Marco Bezzecchi finished sixth but took over the championship lead after Jorge Martin fractured his hand in a crash during practice and missed the rest of the weekend. 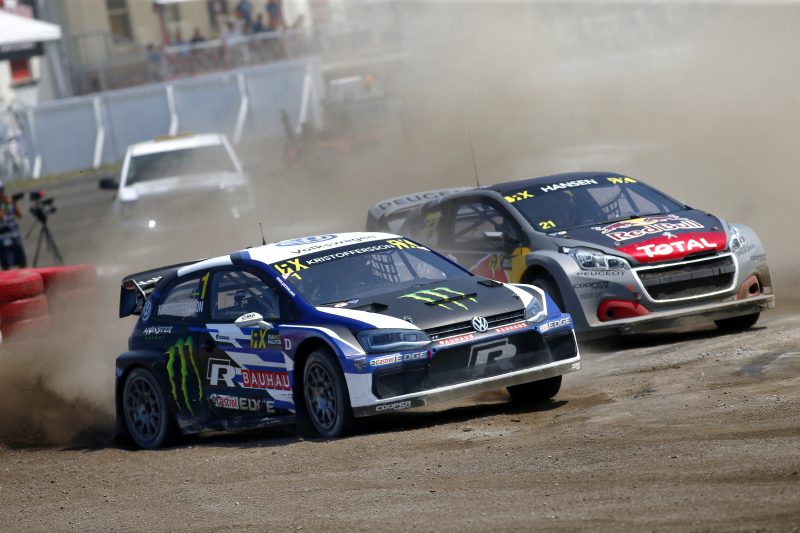 Johan Kristoffersson has won his sixth WorldRX event of the season after claiming victory in Canada.

Kristoffersson dominated his semi-final after sitting just ninth overnight, before heading all six laps of the final.

Mattias Ekstrom made the best start in the final, but found his way blocked by Kristoffersson and Timmy Hansen into the first corner.

A mistake from Hansen further around the opening lap cost him any chance of victory, and bunched up the chasing pack behind.

Kristoffersson took his joker lap on Lap 5, holding the lead to the finish.

Hansen was second with Sebastien Loeb crossing the line to take third.

Loheac in France will host the next round of the World RX season on September 1-2. 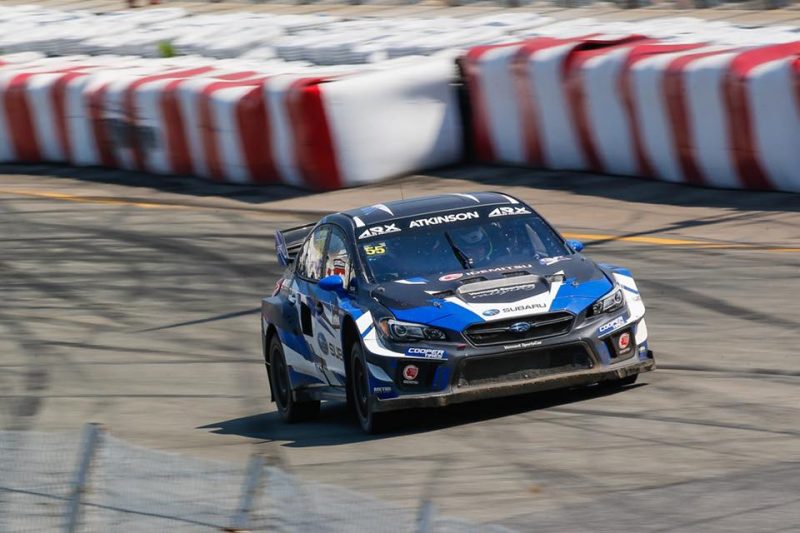 Scott Speed had a perfect weekend in Americas Rallycross at Trois-Rivieres as he topped all four qualifying sessions, his Semifinal, and the Final.

The former Formula 1 driver led every lap of the latter two sessions and extended his championship lead over Volkswagen Andretti team-mate, who finished second in the Final.

Chris Atkinson finished the Final fifth in his Subaru and occupies the same position in the standings.

The fourth and final round takes place at Circuit of the Americas on September 28-29.