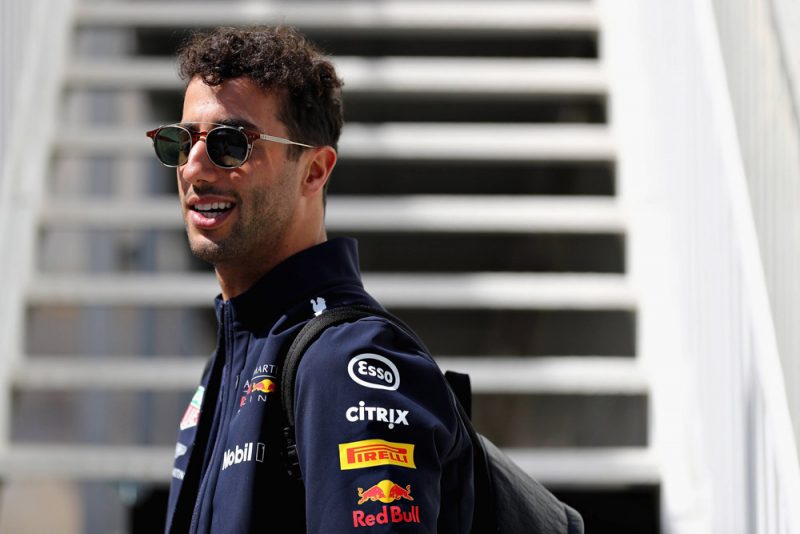 Daniel Ricciardo held several meetings with McLaren as he pondered his Formula 1 future.

It was announced last week that the Australian would switch from Red Bull to Renault, signing a two-year deal with the French manufacturer.

With no opportunity to move to front-runners Ferrari or Mercedes, it was widely expected that Ricciardo would remain with Red Bull.

He had been linked with both Renault and McLaren, though both appeared to have fallen off the radar in the weeks prior to the announcement.

McLaren boss Zak Brown has since revealed that he had several meetings with Ricciardo, and only learned last week that he wouldn’t be joining the team.

“We had a couple of meetings and we are big fans of Daniel,” Brown told Racer.

“Had we been running more competitively I think that would have increased our odds.

“I think he had a strong desire to leave and I think it was probably pretty close between us and Renault, but ultimately Daniel would be best to tell you how close.

“But he was certainly someone that we rate very highly and think he’s a great race car driver and a great guy.”

McLaren is yet to confirm either of its drivers, though Brown says missing out on Ricciardo doesn’t change his team’s plans, dismissing suggestions Fernando Alonso could be Red Bull-bound.

“I think it’s thrown a spanner in the works for some other teams but we’ve got a plan which we are executing against which Ricciardo’s move doesn’t impact,” Brown suggested.

“(Red Bull) is a great racing team but I think Fernando has got what he wants to do in the back of his mind. Never say never, but I don’t think it changes anything in Fernando’s world.

“I’m going to keep to myself what my plans are but today’s news doesn’t impact anything from my perspective,” he added.

With Ricciardo now confirmed at Renault it raises a number of questions for other drivers currently on the market for 2019.