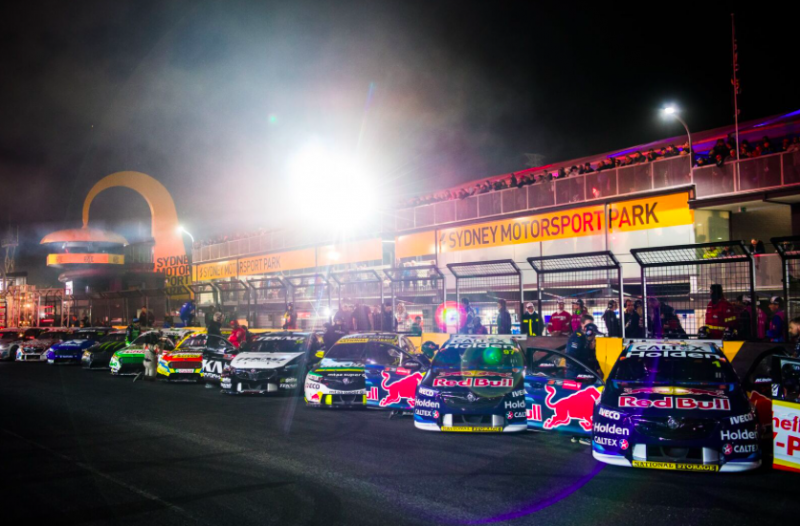 Former Supercars CEO James Warburton has praised the championship for its successful execution of the Sydney SuperNight 300 and is advising organisers not to mess with the concept.

Warburton was a key instigator in the return of Supercars night racing in Australia during his four and half year tenure as the sport’s leader.

Transforming the Sydney Motorsport Park round into a night race extravaganza was one of his objectives, which was eventually secured last year, before announcing his departure from the position at the end of the 2017.

Warburton returned to the paddock on Saturday to witness the SuperNight 300 come to fruition and believes his successor Sean Seamer and the events team pulled off a sensational show.

A bumper 21,220 crowd flocked to the circuit overshadowing two NRL games in the city that clashed with the race on Saturday night.

“I think it was fantastic. First thing I should say is Sean and the team have really executed it brilliantly,” Warburton told Speedcafe.com.

“I thought the whole show was absolutely sensational from the driver introductions, the race, and all the way through to the fireworks.

“I was out for three or four hours during the day to catch up with everyone and to see the passion was excellent.

“You could see that it worked for families and that demographic, it was absolutely spectacular.

“The big thing for Supercars is to have had more people go to a race in Sydney than two NRL games which is an extraordinary outcome too.”

Having witnessed the event he does have some advice for the Supercars management team.

“My one bit of advice is don’t stuff with it,” he added.

“The idea of a big long feature race including a couple of hours of entertainment is exactly what it should be.”

Warburton believes the event has proved the night racing concept works and hopes the results will give Sydney Motorsport Park and its owners the Australian Racing Drivers’ Club (ARDC) the data to convince the NSW government to help fund permanent lighting at the venue.

“It is no surprise that the result was good,” he said.

“It gives a good case for Glenn Matthews (ARDC CEO) and his team to put forward a case to the government for permanent lights at the venue.

“It was a pretty big bet I suppose for Supercars to foot the bill for the lights but that was based on proof of concept and they will be happy with the result and able to put a business case forward.

“Supercars proved it can be done and done effectively.”

The championship is evaluating the possibility of hosting multiple night races.

“I think the notion of having at least one race on the calendar and maybe two would be fantastic and a great result for fans and drivers,” he added.

“It will depend on how it makes sense. I think for Syndeysiders who are very fickle it works. When you see a venue that struggles to get a crowd during the day and then you see the crowd at SMP for the night race, then it makes perfect sense.

“I don’t think you need a whole host (of night races) but I think maybe one or two.”