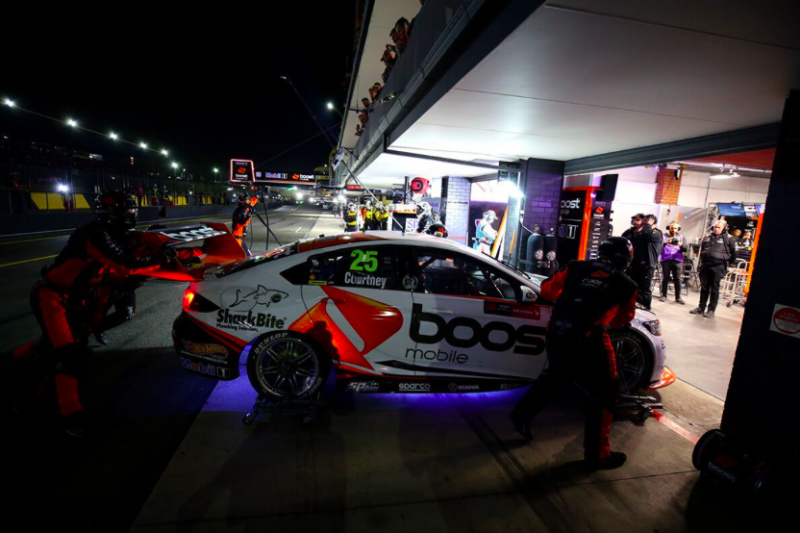 The Mobil 1 Boost Mobile Commodores of Scott Pye and James Courtney had run strongly all weekend and were on course for a double top 10 finish under lights at Sydney Motorsport Park.

However the race unravelled when Pye and Courteney suffered identical left front component failures that occur within four laps of each other.

Courtney was fighting in eighth position when he suffered the problem through Turn 3 which ultimately forced him to the garage and into retirement.

To make matters worse Pye, who qualified sixth, was then afflicted by the issue at Turn 8 when occupying a strong fifth.

Co-team principal Mathew Nilsson says the team will undertake a through investigation to identify the cause of the failure.

The team has used the same components at previous events without issue.

“We are clear on what has failed and now we have to go through the process of what has caused the failure,” Nilsson told Speedcafe.com.

“We are not sure on the exact reasons yet as it will take some time to go through all the parts.

“We have just to look at the parts that have failed and work out the cause of the failure. At the end of the day they are mechanical components and we need to go through the design aspects.

“It was nothing new that had come on board.

“We have got a ride day to prepare for but when we get back to the workshop we will clean up all the bits and go through it.

“It was frustrating because I think this weekend was one where we were back to being solid.

“We had a good program through practice and qualifying and Scotty showed the potential of the car by where he qualified and James just missed out on the top 10.

“Race pace was positive. It was one of those missed opportunities.”

The failures will come as a blow to the team given there was effectively double points on offer in the 300km race.

Pye was able to rejoin the race to salvage 25th spot but has now dropped to 10th in the standings, while team-mate Courtney sits in 14th position.