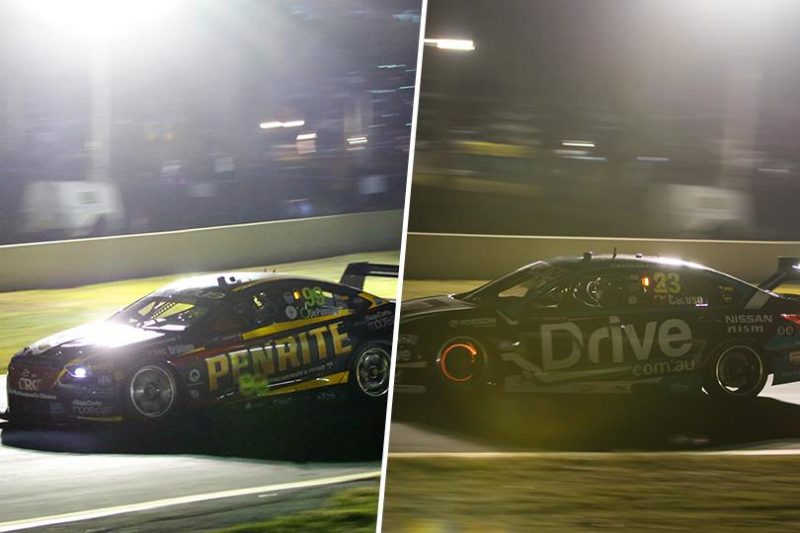 Anton De Pasquale has been docked 35 championship points for an incident with Michael Caruso shortly after the restart to the Red Rooster Sydney SuperNight 300.

The pair were running in a busy midfield battle on the second green flag lap after the race’s sole Safety Car period when they tangled between Turns 6 and Turn 7.

Caruso’s #23 Nissan Altima briefly was airborne before spinning across the track and onto the outfield grass.

The clash dropped him to last of those still on the lead lap in 19th position as he pitted to assess the damage.

Caruso ultimately finished three laps of the pace in 22nd, while De Pasquale soon came into the lane himself and took the chequered flag in 18th.

The judgement of reckless driving and sanction is the same as that handed down to the Erebus Motorsport rookie after a high-profile run-in with Caruso just two events ago in Townsville.

“Within a month it’s happened twice now; when you see the look on the face of the people that work here, that hurts just as much,” said Caruso.

“Look, obviously, just came off the corner, we were side-by-side, I’ve tried to move to the middle of the track and a bit further and the copped a really big hit which launched the car in the air. Effectively put us out the race.

“It got a lot of air, it was a pretty big hit again; the car has had a hit on every single corner in the last few weeks, which is a bit disappointing for the team.

“When you’re running where we were, it’s not where we want to be, but when it’s 300 points on the table, we’re obviously suffering for it in the championship. Disappointed for the team, the people that work here and the sponsors because a lot of effort goes into these events.

“The rules obviously stipulate what they can do and what’s recommended and all that stuff.

“They’ve applied a penalty, what’s there to say? I think when everybody sees the vision, it’s clear to see what’s happened and we’ll just fix the car.”

De Pasquale retains 20th in the standings despite his total being snipped to 1030 points.

“I was just trying to pass him around the outside. We made a little bit of contact on the exit, and then dragged me left. We tangled wheels, and it was a bad result for both of us,” said De Pasquale.

“From my side of things that (Townsville incident) had nothing to do with it, it’s a separate incident. It’s just a coincidence.

“It’s a shame because we were going pretty well. You don’t want that to happen with anybody.

“It wasn’t too much of a difference. The racing was pretty good up until that point. But once we made contact and that put me off the road, that dragged the car back left.

“He was there, and once you get stuck wheel-to-wheel it’s quite hard to get out of it.”

Stewards also handed Preston Hire Racing and Lee Holdsworth each a $500 fine after being late to the Driver’s Briefing.