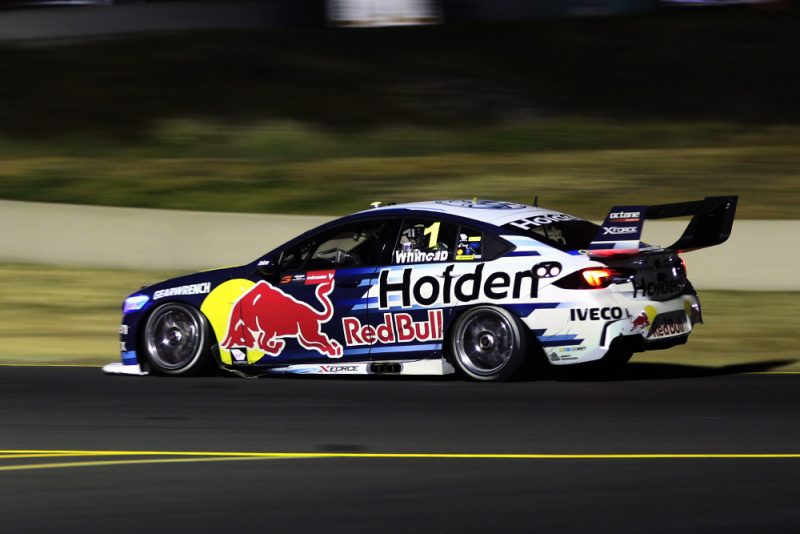 Jamie Whincup has revealed he was lucky to start the Red Rooster Sydney SuperNight 300 after his Red Bull Holden suffered a flat battery on the dummy grid.

Following the driver introductions, drivers were instructed to start their engines before pulling away from the pit wall to begin the warm-up lap.

Whincup’s engine however didn’t fire, forcing the team to use a jump battery and bump start the car before installing a replacement battery to get the seven-time champ into the race.

“I was pretty lucky to get going at the start, had a flat battery and thought it was going to be all over before it even started,” Whincup admitted.

“We had a jump battery in the whole time, so I’m not sure what happened there,” he added.

“(I) got a bump start, gave it plenty of revs on the parade lap and lucky it went when I pulled up for the start.”

While van Gisbergen’s battle with Scott McLaughlin was raging, Whincup got under Craig Lowndes to take third position at Turn 10/Turn 11 with 10 laps to run.

He would soon set his sights on the lone Ford in the top four and moved into the runner-up position as he and McLaughlin rounded Corporate Hill on Lap 74 of 77.

“We were in stacking risk the whole race but at the end of that first stint we were in no risk because of the gap to the car behind,” Whincup said.

“My car was good, as good as anyone out there, Shane just had track position and we raced hard to the end.”

Whincup now sits third in the championship, 433 points off the back of series leader McLaughlin.