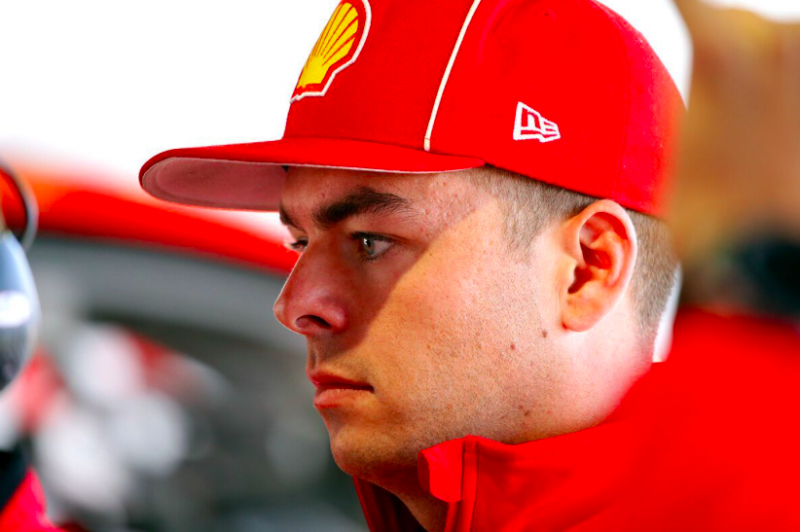 Scott McLaughlin went fastest in Practice 2 in Sydney but both Red Bull HRT Commodores will have to go into the first part of knockout Armor All Qualifying later today.

The half-hour session was just the second time the Virgin Australia Supercars Championship field had hit the track at this weekend’s Red Rooster Sydney SuperNight 300 event after a 40-minute hit-out the night before.

“That’s not ideal,” said Whincup when told of the result.

“We didn’t get a good run in the end there which we would have liked (but) that’s the way it goes. We’ll go in Q1, we’ve still got a good opportunity to qualify somewhere good up the front and then we’ll see what tonight brings.”

Van Gisbergen put the outcome down to a reluctance to use up rubber before tonight’s 300km race.

“We have no tyres,” said the New Zealander.

“That’s the problem with this sport at the moment and we didn’t want to use race tyres. We haven’t dipped into Q1 tyres yet.”

Despite predictions that Practice 1 would be the quicker of the two sessions, McLaughlin’s best in the early afternoon running of 1:28.8369s just edged Mostert’s 1:28.8546s of the night before.

It began in pedestrian fashion with Chaz Mostert’s first flyer at 1:29.7322s standing up as the fastest lap of the session until the 21st minute.

That was when Fabian Coulthard, who was only 19th on Friday night, took the #12 Shell V-Power FGX Falcon to the top with a 1:29.4076s on not quite new tyres and put him sixth on combined practice times.

McLaughlin (#17 DJR Team Penske FGX Falcon) soon usurped his team-mate with a lap second to Mostert’s night time effort, and would subsequently improve to the very fastest time across the two practice sessions.

“It’s different, a lot different this track in the day, that’s for sure,” observed the championship leader.

“It’s funny, it’s like you’re back in your natural habitat. I love the night, not saying anything against it, but it’s nice to push that limit a little bit harder in the day.

“The car is really good, I had so much left in it. I probably lost a good three or four tenths in that last corner there; I’m excited.”

Rick Kelly would have just missed the combined top 10 but instead put himself second-fastest with a last-minute 1:28.8517s in the #15 Castrol Nissan Altima.

Mostert (#55 Supercheap Auto FGX Falcon) was nearly half a second slower than his best of Practice 1, which stood up for third-fastest on combined times.

Coulthard had been bundled back to 11th by the time he was completing his final lap with the chequered flag out, but elevated himself to third for the session and fourth combined, which will force Anton De Pasquale (#99 Penrite ZB Commodore) to go into the first part of qualifying.

Scott Pye (#2 Mobil 1 Boost Mobile ZB Commodore), like Mostert, had to rely on his time under lights to make the top 10 in fifth.

Mark Winterbottom (#5 The Bottle-O FGX Falcon) and James Golding (#34 Wilson Security ZB Commodore), the latter of whom also had to lift in Practice 2, rounded out the combined top 10.

The rest will have to go into the first part of the three-stage knockout qualifying process later in the day.

Among them are Craig Lowndes (#888 Autobarn ZB Commodore) and David Reynolds (#9 Erebus ZB Commodore), who didn’t improve by enough in Practice 2 and finished 14th and 15th for the two sessions overall.

Armor All Qualifying starts this afternoon at 1620 local time/AEST, and Race 21 of the Virgin Australia Supercars Championship under lights at 1920.