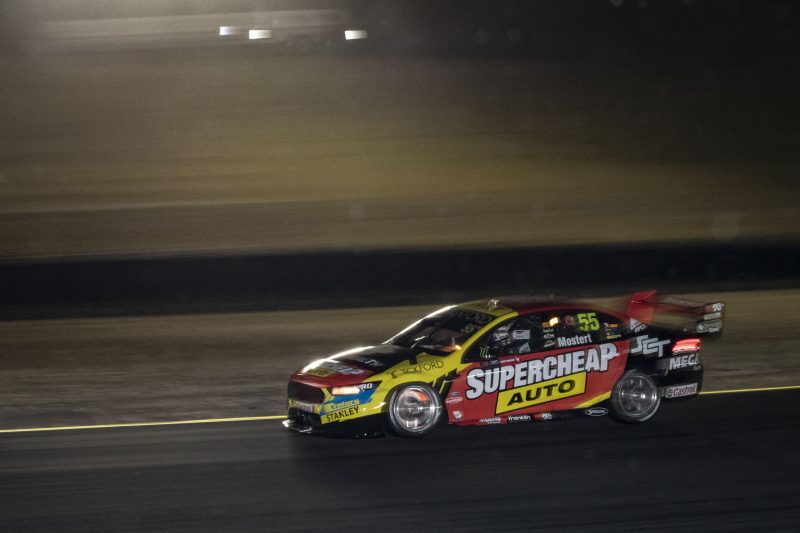 The Red Rooster Sydney SuperNight 300 will provide the most mentally challenging single driver race of the season, according to Chaz Mostert.

The Supercars field will do battle in a 300km race under lights at Sydney Motorsport Park with a potential campaign defining 300 points on the table for the winner.

Adapting to the challenges of racing under lights across the longest distance faced outside of the enduros bodes for a tough and gruelling contest tonight.

Drivers received a taste of the conditions they will face following Friday night’s 40 minute opening practice, which was topped by Mostert.

The Tickford Racing pilot admitted the practice session required full focus to drive the circuit due to the conditions, and is now expecting a gruelling battle come the race.

“It’s going to be mentally gruelling, like everyone is saying, because we haven’t done a lot of laps at night around here, we’re going to be on our toes,” Mostert told Speedcafe.com.

“We’re probably going to be more mentally challenged for this race as a single driver than any other race I’ve done in the category in the last couple of years.

“Normally when you get on the straights in the day time you relax your hands and let the car flow,” Mostert added.

“But here (in practice) I don’t think I let the steering wheel loose once, I was tense the whole time.

“I’m sure the more we get into the race we’ll get more comfortable and relax a bit, but this practice session was hard.”

Drivers were on the whole happy with the lighting produced by 50 floodlight towers positioned around the 3.91km circuit, although Supercars was set to make minor changes to lights at Turn 1 and on the entry to pit lane, following requests from drivers.

“You don’t know where anyone else is, you just see headlights,” said Whincup.

“Normally you can look around and see where all of the cars are and which car is which, but now you just don’t know who is who so you’re out there just battling away – it’s going to be a long 300 kilometres.

“I can see everything in the car well enough, the car setup is good, no issues there whatsoever, it’s just when you’re out on the track you don’t know what’s going on around you.”

The South Australian, who was second fastest in practice, believes there will be more onus on the driver to complete overtakes cleanly.

Pye believes there could be more incidents at the start of the race.

“The issue is going to be when you put it (the car) down the inside (of a driver),” said Pye.

“I think there’s probably going to be more onus on the driver doing the overtaking because they’re going to have to make sure we know there’s sufficient overlap not to turn a car.

“There might be a little bit more hesitation from the guy passing.

“I think you’ve just got to commit. It’s like any pass.

“The hardest thing is when you look in your mirrors it looks like you’ve got 30 racecars behind you.”

“You come out of Turn 1 and the lights on the front straight are in your mirrors, and it looks like you’ve got a band of cars there.

“I got stuck behind one car (in practice) and honestly don’t think he knew I was actually behind him, because of the lights.

“That may see some incidents at the start of the race, hopefully not, but it may be different as well. It may be when you do have cars behind you they block it out a bit more.”

Drivers will return to the track for Practice 2 (1320 AEST) ahead of knockout qualifying before the 300km night race, which is set to start at 1920.