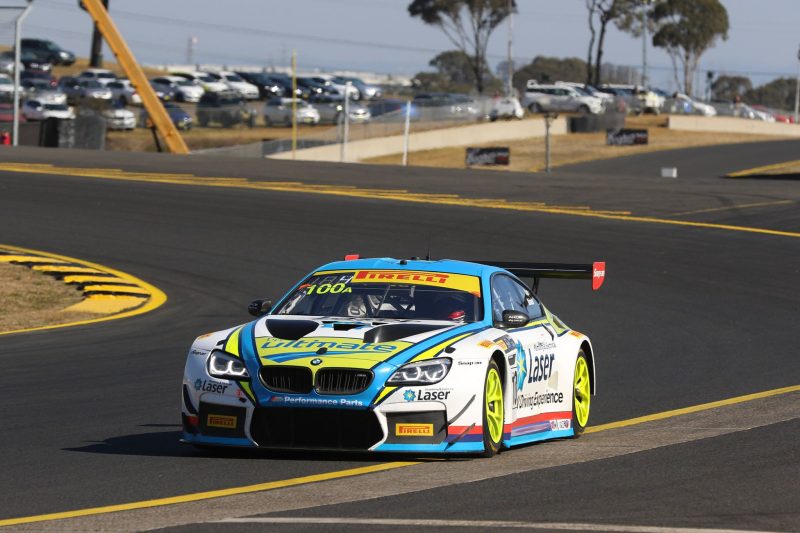 Steve Richards has gone quickest in the sole practice session for the Australian GT Championship at the Red Rooster Sydney SuperNight 300.

The BMW Team SRM driver went to the top of the time-sheets in the closing stages of the 30-minute hit-out at Sydney Motorsport Park on a 1:29.394s, with no one able to better his lap at the chequered flag.

Richards, who this weekend shares the BMW M6 GT3 with Ricky Capo, went just under three tenths quicker than the previous benchmark held by the Walkinshaw GT3 Porsche of Liam Talbot.

McConville’s 1:29.874s from the opening half of the session proved good enough for third after he handed over to co-driver Adrian Deitz for the remainder of proceedings.

Next best was championship leader Tony Bates in the first of the Audi R8 LMS GT3s ahead of Yasser Shahin (Mercedes-AMG GT3) and Nick Kelly (Audi R8 Ultra), who proved the best of the Trophy class cars.

The Miedecke Motorsport Aston Martin Vantage V12 GT3 suffered a coil pack failure which kept it out of action and presents the team with a race against time to have the car ready for qualifying.

The KTM X-Bow of David Crampton and Trent Harrison was fastest in GT4, from Jeremy Gray in his Aston Martin Vantage V12 GT4.

Australian GT will return to the track this afternoon for a pair of qualifying sessions, the first of which kicks off at 1340 AEST.