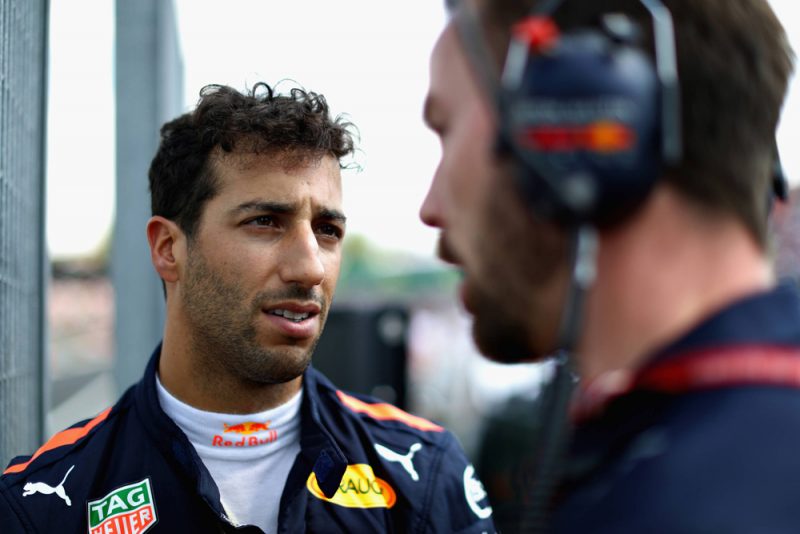 Red Bull has confirmed that Daniel Ricciardo will not be racing with the team in 2019.

The Australian is widely tipped to be confirmed at Renault in a deal that could have wide reaching impacts on this season’s driver market.

Ricciardo was seen as one of the market’s key players, though expected by most to remain with Red Bull.

Team boss Christian Horner has since confirmed that Ricciardo will depart the team at the end of the current season.

“We fully respect Daniel’s decision to leave Aston Martin Red Bull Racing and we wish him all the best in his future,” said Horner.

“We would like to thank him for his dedication and the role he has played since joining the Team in 2014, the highlights of course being the seven wins and the 29 podiums he has achieved so far with us.

“We will now continue to evaluate the numerous options available to us before deciding on which driver partners Max Verstappen for the 2019 season.

“In the meantime, there are still nine races left in 2018 and we are fully focused on maximising every opportunity for Max and Daniel for the remainder of the season.”

A departure from Red Bull will end an association which saw Ricciardo progress through the junior ranks and make his debut in Formula 1 with Hispania in 2010.

Red Bull then promoted him to the Toro Rosso squad for the following season before moving to the senior Red Bull team when Mark Webber retired at the end of 2013.