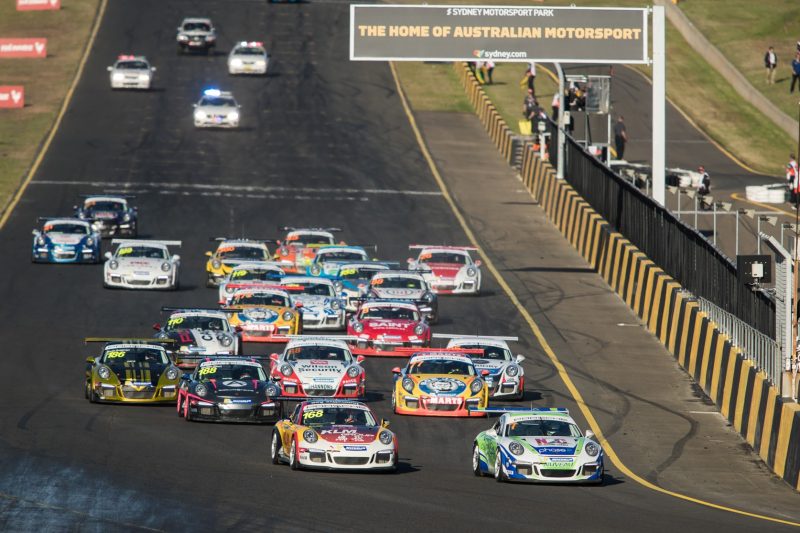 A total of 50 Porsche Carrera Cup cars from across the Australian and Asian series will compete in this weekend’s Sydney SuperNight event.

The meeting will be the third in which one series has visited the other, after the Porsche Carrera Cup Asia field first appeared at Sydney Motorsport Park in 2016 and Porsche Wilson Security Carrera Cup Australia raced at Sepang in 2017.

Van der Drift is currently on track to defend his title as he holds a 19-point lead over German Philip Hamprecht after the first five rounds, while Bamber is third in the standings.

In the Australian ranks, 2015 TAG Heuer Pro-Am champion Shane Smollen has stepped into the #5 Wall Racing entry in the absence of Greg Taylor due to business commitments.

Glen Wood has been named to continue in the #888 Ashley Seward Motorsport car primarily campaigned by Alex Davison.

Jaxon Evans has a 60-point advantage on Dylan O’Keeffe at the top of the series, with an opportunity to extend that margin in Carrera Cup Australia’s two 16-lap races.

Carrera Cup Asia will also have its own pair of 16-lappers before joint Pro and Pro-Am races, the latter of which will see the Australian field disable ABS to match the Asian contingent.

Drivers competing in a joint race will receive 10 points towards their series tally.

Matt Campbell and Stephen Grove took Pro and Pro-Am honours respectively in the joint races of 2016, before Chris van der Drift and Yuey Tan did so at Sepang.

Each Carrera Cup series will have two practice sessions and qualifying this Friday, with the four races spanning late morning to an early evening timeslot on Saturday prior to the Red Rooster Sydney SuperNight 300 race.