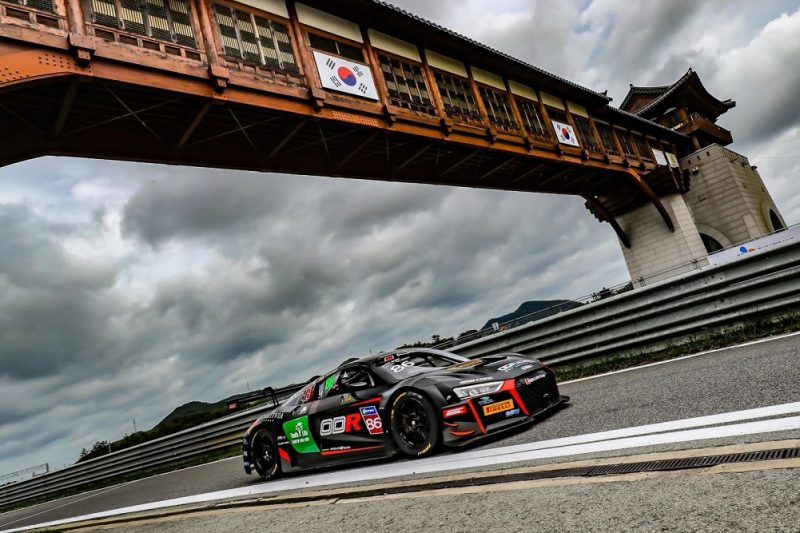 Organisers of the Blancpain GT Series Asia have announced the provisional calendar for 2019 and changes to class regulations which may have implications for Australian drivers.

The season will again be run over six race weekends consisting of two, one-hour races each.

The first four rounds are unchanged, starting with Sepang in April and moving on to Buriram, Suzuka, and Fuji.

Pre-season testing will also take place in Sepang in the days leading up to the April 6-7 race weekend.

The Korea International Circuit in Yeongam, which saw four Formula 1 Grands Prix from 2010 to 2013, becomes the series’ first South Korean track when it hosts Round 5 on August 3-4.

Shanghai is set to continue with a September date but now closes the season as the calendar tightens up to feature a round in each month from April to September.

The season had previously ended in mid-October, at Zhejiang in 2017 (when the round was moved forward a week to avoid a clash with the Communist Party of China’s National Congress) and Ningbo in 2018.

Neither of those Chinese circuits features on the 2019 calendar.

“We have always made it our mission to visit the very best circuits in Asia and there’s no doubt the five returning venues fit that criteria.

“The same can also be said of Yeongam which, as a recent Formula 1 circuit, boasts fantastic facilities in a country on the cusp of making the leap into international motorsport.

“It’s the ideal combination for Blancpain GT Series Asia, which can legitimately claim to be staging races in all of the continent’s biggest motorsport and automotive markets.”

There are significant changes to class structures and race formats for the series’ third season which could have implications for the growing contingent of Australians and New Zealanders.

GT3 Pro/Am and Silver Cup entries each must now feature at least “one Asian national or resident”, while GT4 will be exclusively for “Asian and Oceanic nationals and residents”, according to a release from series organiser SRO.

The pairing of Australian Nick Foster and New Zealander Jono Lester which formed for the most recent round, for example, may not be allowed depending on how the former’s residency is determined as they fell into the Silver Cup subclass for all-Silver-ranked crews.

The all-Australian AMAC Motorsport line-up of team owner Andrew Macpherson and Ben Porter could continue as their Bronze rankings put them in the Am/Am subclass.

Tim Slade, who is set to make five round starts out of the six this year, has been driving with HubAuto Corsa’s Taiwanese team owner Morris Chen in what is a Pro/Am combination.

In another change, GT3 and GT4 will now have their own races having so far run together.

Foster is currently the highest ranked Australian in third in the standings ahead of Round 5 at Shanghai on September 22-23.