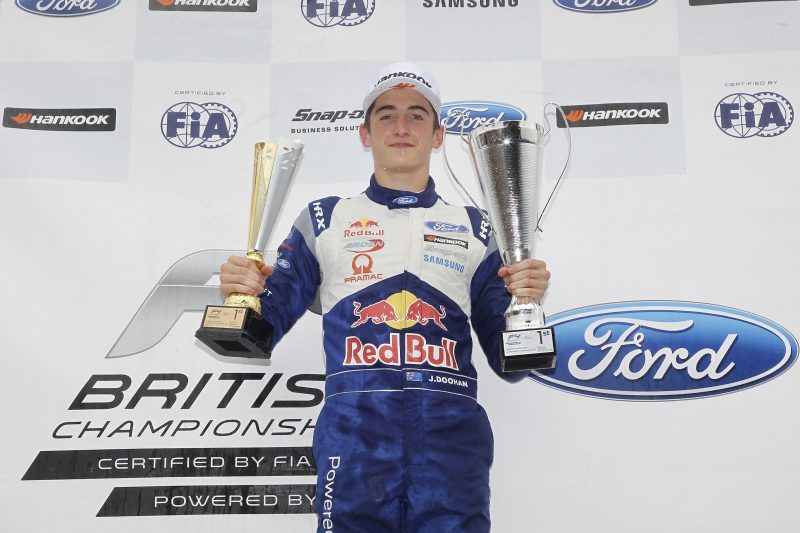 Jack Doohan produced a stunning drive from fifth on the grid to claim his second race win of the season in the British Formula 4 Championship at a damp Snetterton.

The son of five-time 500cc motorcycle world champion, Mick Doohan, stormed to victory in slippery conditions in the final race of the meeting.

Having started form fifth, Doohan quickly climbed to third from the start before eventually moving into the lead on Lap 6 with a move on race leader Johnathan Hoggard.

Once in front the young Aussie managed to hold off Arden team-mate Dennis Hauger to the chequered flag, while Paavo Tonteri completed the podium.

“I just focused on staying cool, sticking to my marks and not letting the nerves get to me, as I made my way up the order,” said Red Bull junior Doohan.

“I’m not thinking about the championship at the moment. I’m just taking each race as it comes and hopefully everything else will take care of itself.”

Doohan finished the opening race of the weekend in fourth before being caught up ain an incident in Race 2 that dropped him to 11th position.

The Gold Coast driver is fourth in the overall standings and occupies second in the Rookie Cup, 13 points adrift of Hauger.

Doohan will continue his British Formula 4 Championship campaign at Rockingham from August 11-12. Schumacher charged from sixth on the grid to the Race 3 victory in slippery conditions for his Prema team.

Dan Ticktum rose from 10th on the grid to win Race 2 ahead of team-mate Fabio Scherer and Daruvala.

Schumacher emerged from a tight three-way battle to win the final race of the weekend as Robert Shwartzman and New Zealander Marcus Armstrong filled the last two spots on the podium.

Armstrong suffered a puncture and ultimately retired from Race 1, robbing him of a potential podium, with the Prema racer recovering to sixth in Race 2.

Silverstone hosts Round 6 from August 18-19, to which Armstrong will take a one-point championship lead. Australian Stephen Grove finish on the Pro-Am class podium in Round 6 of Porsche Mobil 1 Supercup at the Hungaroring, while Thomas Preining claimed the outright race win.

Grove, making his third appearance in the series at Hungary, moved from sixth in class to third by the end of the 14 lap encounter to become the first Australian to finish on the Pro-Am division podium in Supercup.

“I’m so happy with the podium, that was fantastic,” Grove exclaimed.

“The team (Pro GT by Alméras) is happy as well with what is for them, second and third in Pro-Am, so everything is really good.

“Of course, I’ve now got to find some space in my suitcase for the third place trophy, which is actually really big and it weighs about six kilos, so it’s quite heavy.”

Preining led from lights to flag, taking a commanding win ahead of Julien Andlauer in second and Jaap van Lagen who completed the outright podium.

Porsche Supercup heads to Spa-Francorchamps next for Round 7 from August 24-26. Lorenzo Colombo led away at the start of Race 1 from pole before Lundgaard slipstreamed past on the Kemmel Straight with Australian Oscar Piastri in tow.

The pair duelled for much of the race, with Lundgaard coming out on top in the end ahead of Yifei Ye and Piastri.

Martins won a shortened Race 2 from fifth on the grid, making up a number of positions on the Kemmel Straight moments before a Safety Car was called due to an accident at La Source.

The Frenchman passed Logan Sargeant for the win late in the race, as Ye completed the podium.

Piastri finished ninth in Race 2, while countryman Thomas Maxwell took home a fourth in Race 2 after claiming seventh in the opening hit-out.

Alex Peroni retired from Race 1 and the Tasmanian was the last of the finishers in Race 2.

Formula Renault Eurocup continues at the Hungaroring from September 1-2 after the summer break. 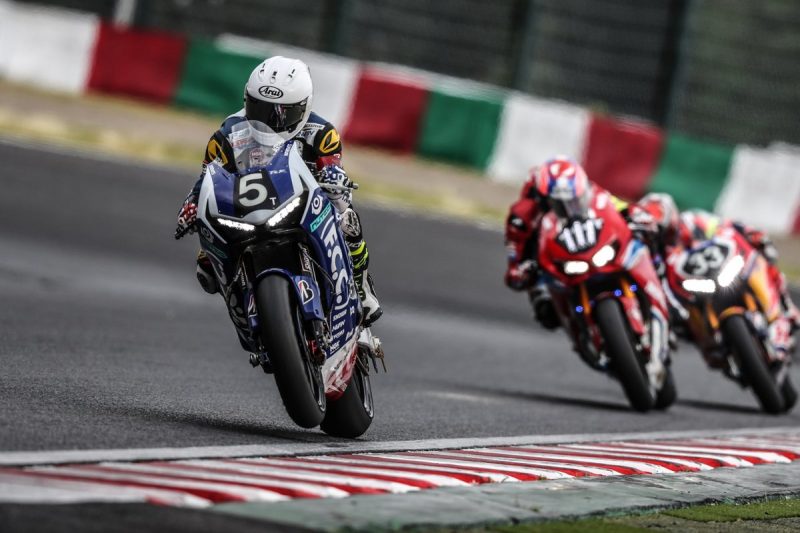 New South Welshman Josh Hook and the #5 F.C.C. TSR Honda crew have clinched the FIM Endurance World Championship with a fifth placing in the Suzuka 8 Hours, which was won by Yamaha Factory Racing for a fourth year in a row.

Hook in fact had the honour of finishing the race on Bike #5, which he shared with Freddy Foray and Alan Techer, after they had also won the 24 Heures Motos at Le Mans in April.

Victory at Suzuka went to Michael van der Mark and Alex Lowes, and officially also Katsuyuki Nakasuga despite the Japanese rider missing the race itself with a collarbone fracture.

The #11 Kawasaki Team Green of Jonathan Rea/Leon Haslam/Kazuma Watanabe had been duelling with the ultimately triumphant #21 Yamaha until a miscalculation saw it nearly run out of fuel mid-race. 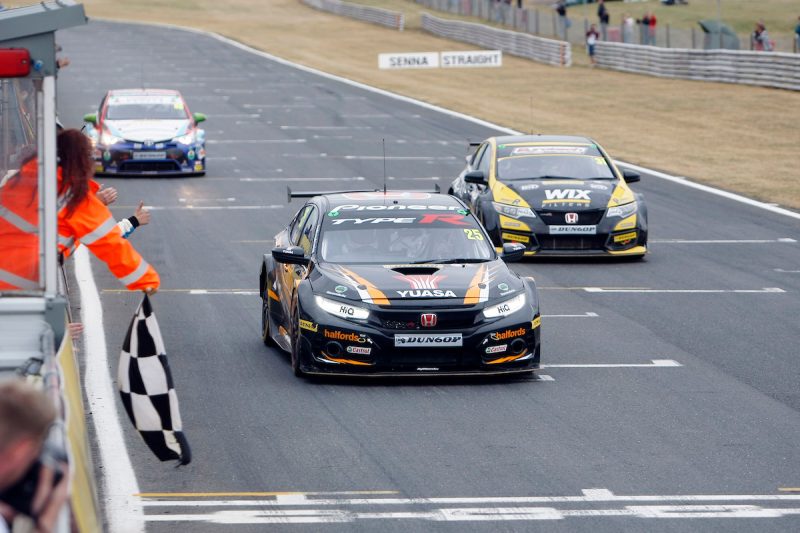 The championship hosted an extended 60 mile (97km) race to celebrate the 60th anniversary of the series, with the encounter worth double points.

Neal eventually reeled in and passed Goff on Lap 9 but was pushed all the way as he recorded his 63rd championship race win. Tom Ingram rounded out the podium in the Speedworks Honda.

The race provided an entertaining duel between Goff and reigning champion Ash Sutton (Subaru), the latter shot from seventh on the grid to second on the opening lap.

Sutton managed to close the gap to Goff before launching move around the outside at Coram to briefly take the lead on the final lap.

Goff then dived back underneath the Subaru on the exit for he final corner before winning a drag race to the line, taking the win by 0.152s. Dan Cammish was a distant third in the Team Dynamics Honda.

Sutton powered through to score his third win of the season in Race 2 after fending off the Vauxhall Astra of Josh Cook, while Ingram surged from 27th on the grid to third.

Ingram leads the standings by six points from BMW’s Colin Turkington ahead of the visit to Rockingham from August 11-12. 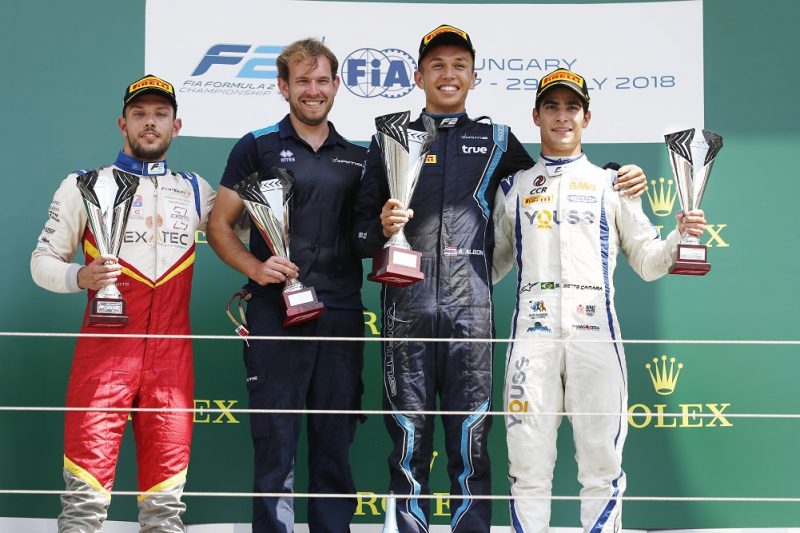 The Sprint Race podium with Alexander Albon on the top step

Nyck de Vries and Alexander Albon shared the top step of the podium in Formula 2 at the Hungaroring.

On a drying track, de Vries led home Lando Norris and Antonio Fuoco for the win in the Feature Race on Saturday following a wet start to proceedings.

Championship leader George Russell had a race to forget.

Having been forced to start from the pits, he stalled while trying to get going before eventually retiring from dead last with an engine failure.

The Sprint Race on Sunday saw Luca Ghiotto lead for much of the encounter until Albon began a late charge and took over the top spot on Lap 25 of 28.

Russell recovered to eighth from last, and now holds a slender 12-point advantage in the standings over Norris.

Formula 2 now heads into its summer break, returning to action at Spa-Francorchamps from August 24-26. Nikita Mazepin and Dorian Boccolacci dominated the weekend in GP3 at the Hungaroring.

Australian Joey Mawson ran strong in the opening stages of Race 1, before colliding with Jake Hughes at Turn 2, leaving Mawson stranded with damage.

The Arden driver only managed 18th in Sunday’s Race 2.

GP3 will head to Spa-Francorchamps for its next round from August 24-26. 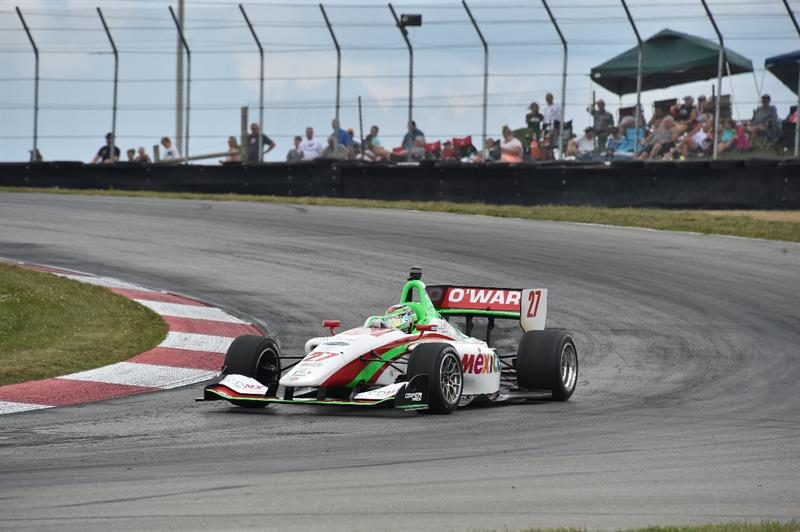 Patricio O’Ward has swept both races in Indy Lights at the Mid-Ohio Sports Car Course.

O’Ward (Andretti Autosport) led all 30 laps of the opener but was made to work for it when he came under pressure in the closing stages from Colton Herta (Andretti-Steinbrenner Racing).

That result was repeated in the second race of the weekend, when Herta gave up three seconds to O’Ward by the time he made his way to second position.

A Safety Car on Lap 11 closed them up but O’Ward remained somewhat comfortably in front thereafter.

O’Ward’s series lead is 32 points back to Herta, with the series continuing at Gateway on August 24-25. 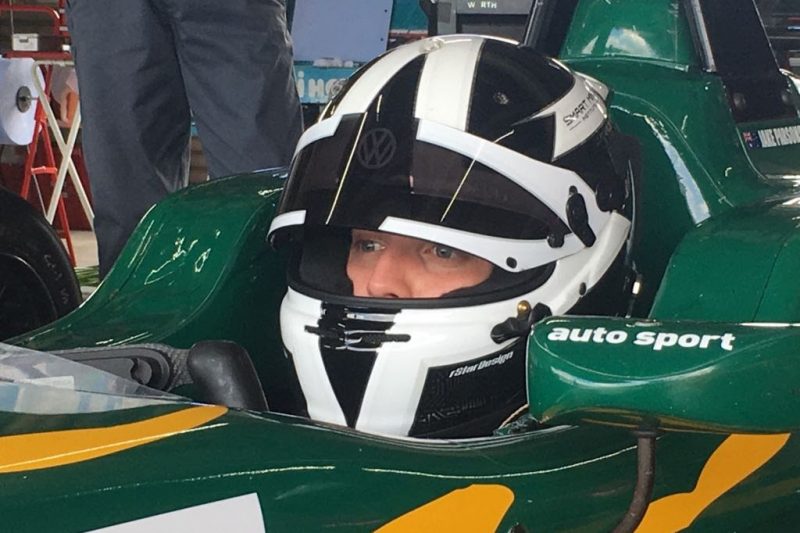 Sunday’s action was cancelled by an incoming typhoon, while Sho Tsuboi and Ritomo Miyata shared outright honours in the two races which were held earlier in the weekend.

Round 5 of the Japanese Formula 3 Championship takes place at Twin Ring Motegi on 18-19 August.