POLL: Who will win the Sydney SuperNight 300?

POLL: Who will win the Sydney SuperNight 300? 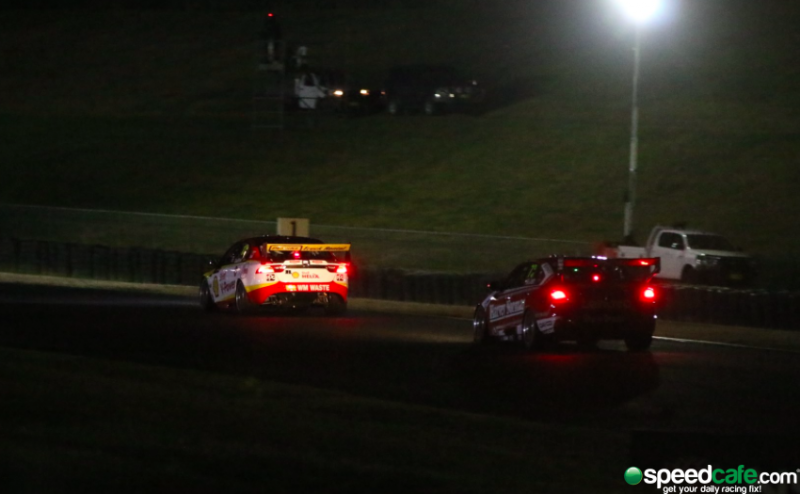 Supercars will race under lights for the first time in Australia since 1997.

Supercars will welcome a brand new event this weekend as the championship prepares to race under lights in the inaugural Red Rooster Sydney SuperNight 300.

Sydney Motorsport Park will be lit up by 60 lighting towers as Supercars night racing returns to Australian shores for the first time since Calder Park in 1997.

The race has already been labelled the most important single driver event of the year, with the 300km Saturday night race offering more points per kilometre than any race all season.

Title contenders Scott McLaughlin and Shane van Gisbergen described the event as a wildcard for the championship as the pair head to Sydney split by 131 points.

The SuperNight 300 could play a significant role in the outcome of this year’s title race.

Drivers can ill-afford a retirement given the amount of points on offer which will add to the excitement and the drama attached to the event.

The element of racing under lights is expected to throw a another variable for drivers and teams to master.

Track conditions are expected to be a lot cooler than normal while the floodlights will provide a unique set of parameters for drivers to adjust to.

Only 13 drivers of the current field have competed in a Supercars night race prior to this weekend.

Conditions aside, it will prove to be a gruelling event for drivers who will tackle 300km distance which is 50km longer than the next-longest single driver race this year.

While the usual suspects are expected to do battle at the front, the unique elements has increased the level of unpredictability surrounding the race.

The event will kick off with a 40 minute practice session under lights before a further practice run on Saturday afternoon, ahead of knockout qualifying and the 300km race, set to start at 1930 AEST.

This week’s Pirtek Poll wants to know who you think will win under lights at Sydney Motorsport Park.