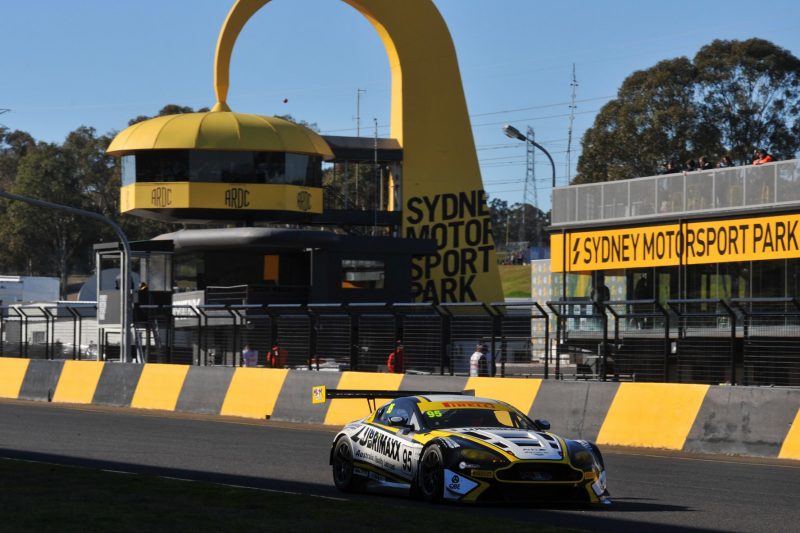 The Miedeckes won at Sydney Motorsport Park in 2016

Past Sydney Motorsport Park Australian GT race winners George and Andrew Miedecke will rejoin the field for this weekend’s fifth round of the season.

The Miedeckes and Tony Quinn will each pilot an Aston Martin Vantage V12 GT3 in the model’s first appearance in a CAMS Australian GT Championship round this year, joining Jeremy Gray’s GT4 example which debuted in Round 1.

The father and son combination won the Australian GT race at the Western Sydney circuit two years ago, when it was a 101-lap affair which counted towards that season’s Australian Endurance Championship.

As previously reported, the Nissan GT-R also makes its return in the hands of Brett Hobson, while Ricky Capo teams up with Steven Richards in the BMW Team SRM M6 GT3 having also done so earlier in the season at Sandown.

The 24-car field consists of 15 Championship class cars, seven Trophy entries for Round 4 of that series, and two GT4s, representing a total of 10 makes.

Among the Trophy ranks is 16-year-old Melbourne student Ryan How for his national level debut.

Australian GT will be on track for both days of the Red Rooster Sydney SuperNight 300, with practice, two qualifying sessions, and the first of three 40-minute races this Friday.