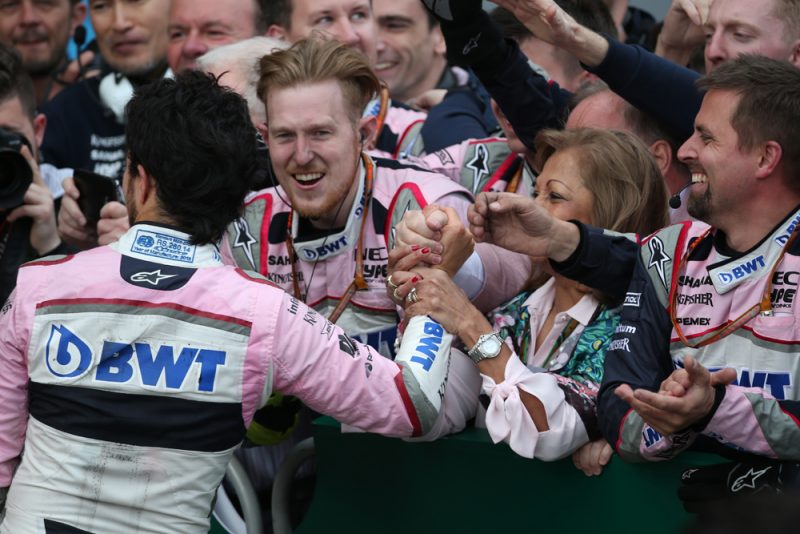 Sergio Perez has issued statement clarifying his involvement in Force India being placed into administration.

The team was in court to face a winding up petition from creditors on Wednesday before going into administration on Friday.

On Thursday Perez had described the team’s financial position as critical, and was revealed to be one of the debtors involved in triggering the administration process.

The Mexican has since issued a statement in an effort to explain that his intention was to protect the team and its staff.

“I want you to know my version of what happened in these last days as I have sadly seen on the media a lot of wrong information that hurts me,” the statement said.

“My pure intention was to save the job of more than 400 team-mates.

“Force India has been in a critical financial position for some time. On Wednesday this week, one of the creditors was in court in London trying to wind the team up.

“If successful, this would have meant the team would be shut down immediately and everyone would lose their jobs.

“As being one of the creditors of the team, I was asked to use a different legal procedure in the English courts called ‘Administration’ which allows a company to continue operating while a new owner is found.

“We had to move very quickly and luckily we managed to get a court hearing yesterday where the judge agreed with our position, thanks to support from Mercedes and BWT.

“As a result, the team is now in the hands of an Administrator who can sell the team and save the jobs of the 400 amazing people that work at the team.”

The next step in protecting the future of the team is to find a buyer, with three potential candidates having been linked with purchasing the team.