BMW leads after massive crash at 24 Hours of Spa

BMW leads after massive crash at 24 Hours of Spa 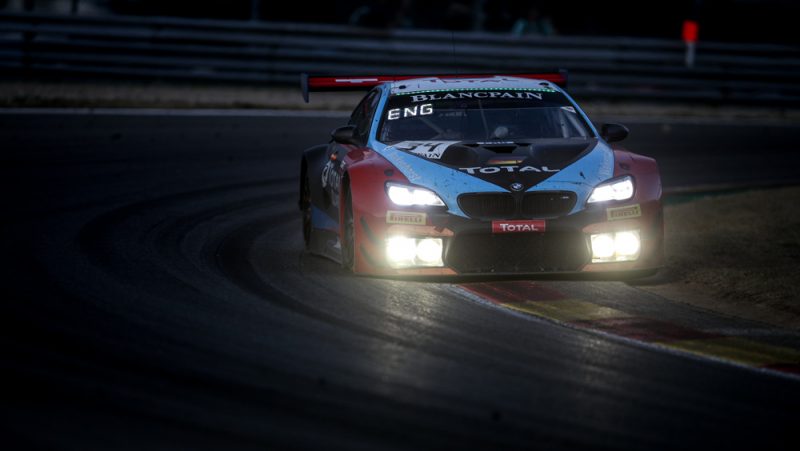 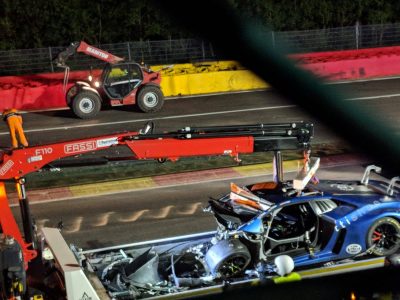 The Walkenhorst BMW leads the 24 Hours of Spa despite a massive crash between the Attempto Racing Lamborghini and Team Parker Bentley marring the opening half of the race.

Lamborghini driver Jurgen Krebs lost control at Eau Rouge before being collected by the Team Parker Bentley driven by Andy Meyrick at Raidillon.

The impact rendered both cars immediate retirements, though the drivers were cleared of serious injury after being tended to by medical crews.

Walkenhorst Motorsport BMW headed the the race at its mid point, taking the lead after the #8 Bentley Continental struck trouble.

The Bentley had led the race for a number of hours before contact with a slower car damaged the steering on the car.

The early stages of the race had seen the R-Motorsport Aston Martin head the race, though it fell down the order after the opening hour following its first pit stop.

The #89 AKKA ASP Mercedes-AMG crashed at Raidillon in the second hour of the race to eliminate itself form the race and trigger the full course yellow for the first time.

A crash for the #97 Oman Racing Aston Martin saw it tag the tyre barrier at Malmedy, drawing another full course yellow just after R-Motorsport had taken another stop.

It allowed the Walkenhorst BMW to move into the lead, an advantage it maintained as the red flag emerged for the Lamborghini and Bentley crash halted proceedings.

The 24 hour race contunues, with the chequered flag set to fall at 0030 AEST on Monday morning, with full coverage available via the live stream on Speedcafe.com.

UPDATE: Race organisers SRO has released a statement confirming that Myrick and Krebs have suffered fractures and are being monitored in hospital.

“At around 03.00 CEST during the Total 24 Hours of Spa, an accident occurred involving the #31 Team Parker Racing Bentley of Andy Meyrick and the #666 Attempto Racing Lamborghini driven by Jurgen Krebs,” read a statement from SRO.

“The race was neutralised and both drivers were successfully extracted from their cars. They were taken to the circuit medical centre, then transferred to hospital.

“Both drivers suffered fractures and, due to the high-speed nature of the accident, are currently being kept under observation in intensive care. However, neither has suffered life-threatening injuries.

“SRO Motorsports Group would like to thank the circuit medical staff and track marshals for their assistance, while also wishing both drivers a full and speedy recovery.”