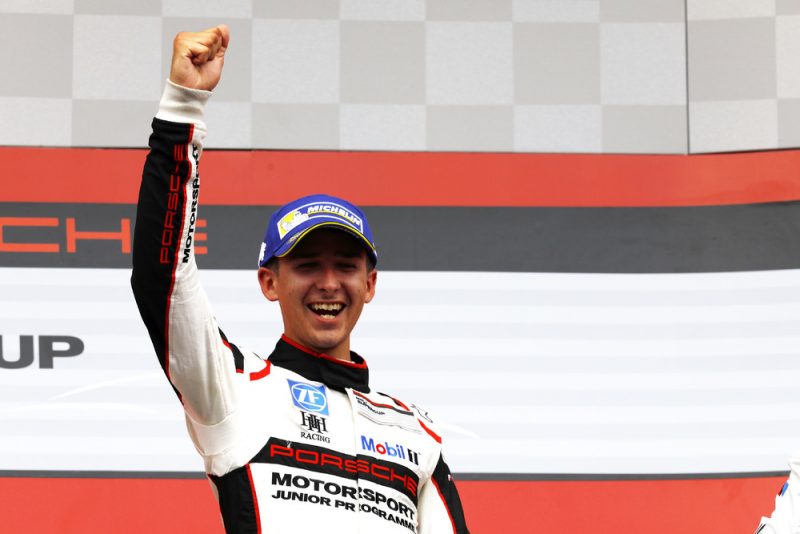 Campbell last weekend competed in a historic meet at Morgan Park, his first race since winning the GTE-Am class at the 24 Hours of Le Mans last month.

According to Webber, who won the World Endurance Championship with Porsche in 2015, Campbell’s future is bright within the German marque.

“Obviously there’s lots of drivers on the books here (at Porsche), and you know he’s one of them, which is good, good to be in that situation.”

Webber says Porsche has been impressed with Campblell’s ability and capacity behind the wheel, but believes there is more hard work needed away from the track to take his racing to the next level.

“So he’s always got a lot of bandwidth in mind, in terms of his mind management. So (that’s) one of his strengths; just a bit more on the physical side, just a bit more graft Monday to Friday.”

Currently competing in the World Endurance Championship, and with Porsche having pulled out of prototype racing at the end of last season, Campbell now sits towards the top of the marque’s motorsport pyramid.

With a number of drivers on its books, and limited opportunities, Webber suggests it will be a case of both Campbell and Porsche continuing to deliver to ensure the successful partnership continues.

“To be an absolute legend and continue to pave the way and be a specialist in Porsche and in GT going forward, there’s a tremendous chance for that.

“Obviously we’ve got to be doing a good job for him too. You know he’s a winner, he’s a racer, he wants to continue to do well.

“As always with these relationships it’s got to be going both ways,” he added.

“He wants to be winning races, winning the hardest races, and being one of the best people, and gaining factory support.

“Coming off the back of being a junior and going into the future, I think Porsche has clearly got a firm eye on him. He’s just got keep doing what’s he’s doing and he’s going be in good shape.”

Campbell’s next outing will be as part of the World Endurance Championship at the 6 Hours of Silverstone next month (August 17-19).